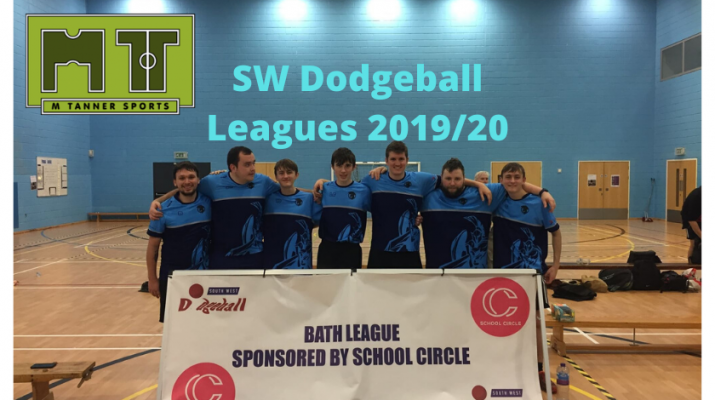 The South West Dodgeball Leagues for 2019/20 are based in two locations, one in Taunton at the Castle School the other in Bath at Hayesfield School. Due to the vast distances between clubs in the region it made logistical sense to arrange two separate leagues this season. All fixtures take place on Sunday afternoons and are free to watch; two meets have been played in both competitions now and there are 3 rounds remaining.

Teams competing are a mixture of university and community clubs and are listed here: 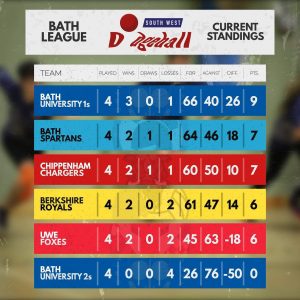 After two rounds of league meets for both the Bath and Taunton leagues hosted by South West Dodgeball the competition is really hotting up.

Bath University are sitting pretty at the top of both leagues at the moment but there is quite a determined chasing pack snapping at their heels. 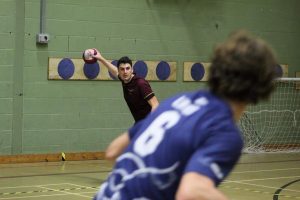 Here is the lowdown on what has happened so far:

Starting in Taunton we have seen wins for every team in the league which is a sure sign of a very close competition. Exeter University Sharks, Falmouth University Falcons and community club the Dartmoor Beasts are currently tied in 4th to 6th all holding 1 win.

The Beasts a brand new community dodgeball club based in Exeter were delighted to take their first win as a club against the Falcons in round 2. At the top of the table we see Bath University but they were pushed hard by the Bristol Spartans in round 1, a very intense match ended in a 13-13 draw.

The Spartans then drew again in round two against the Plymouth Krakens, the rematches between these three teams shall be very interesting. The Taunton League resumes on Sunday 26th January 1pm at Castle School, FREE to watch. 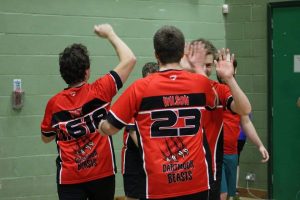 In the Bath League the University 1st team are top of the tree but were shocked by the Chippenham Chargers inflicting their first defeat of the season by a scoreline of 19-9.

After round one Bath Spartans were top of the league but slipped after suffering defeat against Bath University and scraping a draw against the Chargers after trailing 11-3 at half time. At the other end of the table we see the University 2s without any points on the board but were spirited with how many sets they won in their matches against UWE and the Royals in round 2.

UWE and the Royals are tied on 2 wins each the latter placing higher due to superior set difference. The Foxes won out against the Royals in round 2 though and that is sure to be an interesting clash again in round 4. 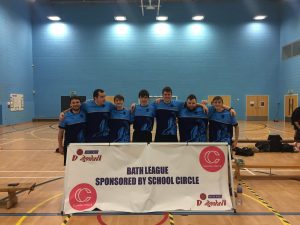 If you would like to find out more about the South West Dodgeball Leagues, the clubs involved or sponsorship opportunities please get in touch with James Robinson – southwestdodgeball@gmail.com 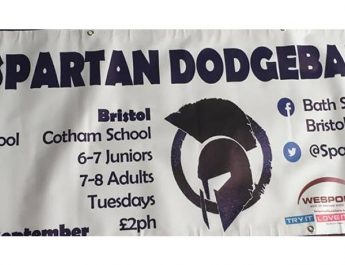 Petition for free use of Bath Spartan Dodgeball Club banner