Most clubs do their own fixture posters in print and online, so lets take a little look. Most of our local teams are at home this weekend so lets see which games you can get to first!

Bath City need a win to lift the club after the disappointment of losing to Truro at home, a postponement for the away match against Truro and losing Kaid Mohamed to Eastleigh. It will be a first chance for fans to see their two new loan signings in action however. Eliot Richards comes on a month long loan from Cheltenham with the striker looking to gain match fitness whilst with the Romans. Danny Greenslade joins on loan from Bristol Rovers with the Pirates keen for the highly rated left back to test himself at Conference South level. 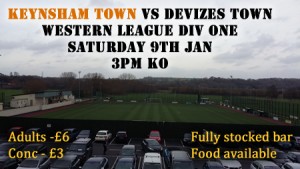 Chris King’s Keynsham side look to record an unprecedented 5th win on the bounce when they entertain Devizes Town at home. The K’s will be hoping that Pat Davison can keep up his remarkable goal scoring sequence and extend their unbeaten home record. Under 16s go free to all league games at the AJN Stadium so take advantage of a cheap family day out. 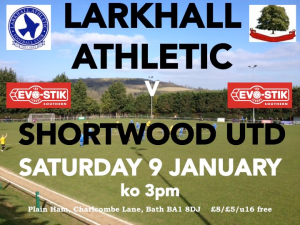 The Larks welcome two new signings to their squad after Wayne Thorne strengthened again this week. Boxing day saw the return of last season’s top goal scorer Tyler Sibbick as he re-joins Larkhall from Frome Town. He was quick to open his account again this season with two goals in two games. Sibbick will soon be playing alongside new signings Alex Kite and Josh Dempsey. Centre back Kite, formerly on the books with Bristol Rovers, joins from Mangotsfield United whilst goalkeeper Dempsey joins from Oldland Abbotonians.

Avon look to get their season back on track with the visit of their near neighbours Bristol Harlequins. Having beaten Keynsham and Chew Valley in the last two games Clive Book will be hoping for another positive result this weekend.

So plenty of football and rugby on your doorstep this weekend! Elsewhere Odd Down make the short trip to Melksham Town as they look to make up ground on the league leaders Bristol Manor Farm. Ray Johnson knows that his team need to keep matching Manor Farm’s title winning form and to win at least 3 of their five games in hand to overtake them at the top of the Western Premier League.

Bath Rugby Ladies have got a longer trip this Sunday as they take on Plymouth Albion Ladies. The squad will be looking to shake off the cobwebs early if they are to come away with the points. Their last game was a disappointing 25-17 lose to Devizes Ladies.

Bath Futsal Club will have to wait another week before getting the opportunity to add to their points tally. Last weekend Billy Whittaker’s men saw off the challenge of Coventry in a close game ending 12-10 to Bath. This equalled their points total from last season with four games left to play.

Bath Spartan Dodgeball Club also have another week to wait before action resumes. The committee are due to announce details of competitions and games for the 2016 season soon. Last year saw a close game against the Bath Spa team with the Spartans coming away with a 5-5 draw in their first ever game.

Whatever sports you get up to this weekend enjoy it and hope the weather holds out for a full fixture list.

This is a Man’s World – by Matthew Wallace 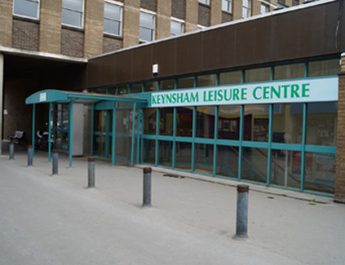