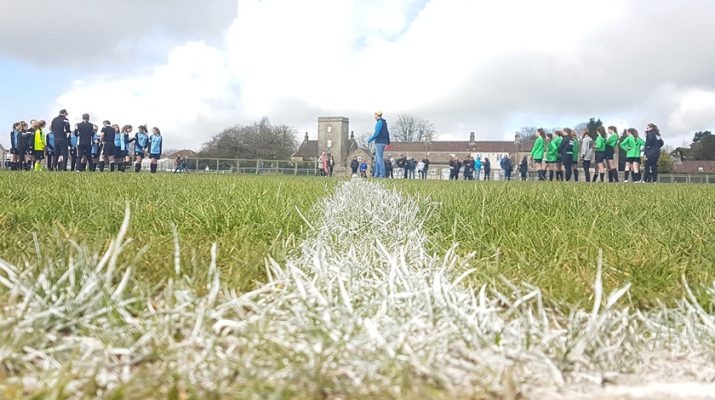 I intended to write one of my (long) match reports tonight but to be honest I got so carried away with the excitement and tension of the match that I forgot to write down times of goals and other match details that help me with the reports.

However, I do remember how it felt, the growing sense, 15 to 20 minutes in, that we might get a result from this game. The girls control and movement of the ball matching their opponents and the grittiness of our defence steadfastly refusing to let them pass. And then, the sucker punch and very loud roar of our oppositions fans as Highworth slipped the ball into the bottom left of our goal about 18 minutes in.

I have to say that at that moment, I felt (to my shame) a sense of inevitability in the games result. What I should have remembered is that our girls don’t give up.

I went looking back tonight at the previous match reports, to the times, the girls will remember, when we couldn’t win. From time to time we got thumped and what shouts out loud and clear is that despite those constant defeats, the girls heads never dropped, they never gave up, they never stooped playing.

So 1-0 down was nothing. They got up, they kicked off and they played again; and they were even better and they knew (even if I had forgotten for a moment) that they can win. It didn’t take long to get the equaliser, a sweet shot from Elana, (her 14th goal in all competitions) and cue huge tension for the rest of the match.

The full time whistle brought us the new experience of Extra Time. After some confusion about how long that was (the opposition coach and I thought it was 10 minutes each way) the referee informed us that it would be 8 minute halves. Should that not sort it then it would go to penalties.

We really didn’t want to introduce a second new experience for the girls so a clear determination to win the game in extra time was emphasised. Kick off and less than 3 minutes in, a beautiful strike from Jemima GT (first of the season so a huge welcome to the goal scoring club) took us into the lead.

You could feel the excitement and tension in equal measure (and that was just Ed, Jordan and myself). Going ahead so early in extra time can be a double edged sword. They would come at us and we could end up constantly on the defensive but once again, our defending and goal keeping was so strong and we could have scored again at various times. As the minutes ticked down in the second half of extra time the girls were switched on enough to slow the game down.

We kept it in their half and we seemed to play the last 3 minutes taking thrown ins and corners so good we were at containing them.

Final score after Extra Time was 2-1 to Bath City Youth Girls. Bring on the final!

A big thank you to Director, Ed Tann and Head of Girls Football, Jordan Guard for all their help and advice on the side. Also a thank you to Kate for running the line so expertly once again.

Now, what happened in the other semi-final I hear you ask?

Chippenham Youth were playing Staverton Rangers at Stanley Park, Chippenham. This should have been a close match but Chippenham beat Staverton 5-0!

This means that on Sunday 14th May Bath City Youth FC will play Chippenham Youth FC, at the new Oakfields complex, the home of Melksham Town FC, alongside all the other age group finals.

This is likely to be a great day out!

Every single player played magnificently on Saturday from kick off to the final whistle of extra time. We couldn’t pick any one girl out for praise, that’s how good they all were. 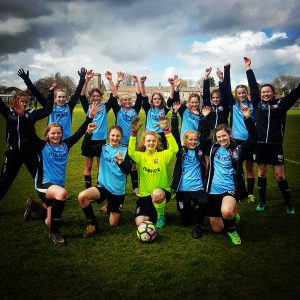