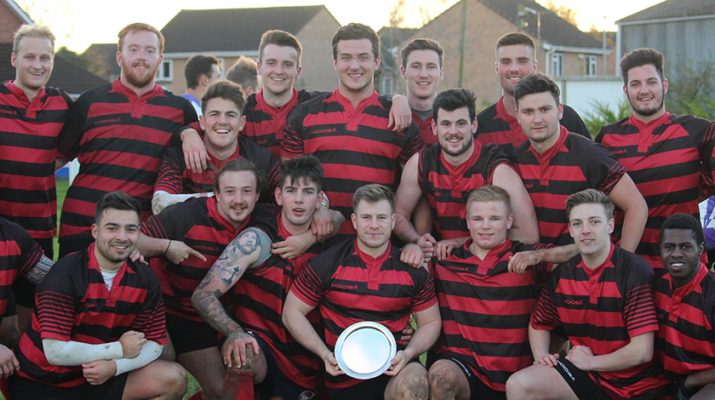 The University side included some student internationals who played in the World Cup this summer including Mason, and Ben Stead who has recently signed for Kingstone Press League 1 side Coventry Bears, and a number of others who have professional experience such as Errol Carter featured for the University of Gloucestershire All Golds in League 1 during 2017, getting the opportunity to play against the Toronto Wolfpack in Toronto.

It was the University side who had the better of the game with James Mason (University of Gloucestershire) helping himself to a hat-trick as the Students who fielded 20 players eased victory over the 17 man West of England representative side.

The West of England XIII comprising of players selected from the regional community teams were down 28-0 at half time against a team preparing for the Regional Students fixture with South East universities in early December.

But the ‘visiting’ West of England XIII, to their credit matched the students for the rest of the game. Bath Rugby League’s Stevan Randall (also a player at Frome RFC), Rich O’Donnell (Southampton Spitfires), Sean Roberts (Gloucestershire Warriors) and Rhys Evans (Forest Bulldogs) dotted down with Swindon St Georges Connor Tomley adding the extras to reduce the arrears to 22 points.

The Universities side showcased some good displays of rugby in the last few minutes of the game with Errol Carter, Luke Stephens (University of Gloucestershire) scoring, the side then closed out the game with Kyle Johns (Cardiff Met), Stephens and Mason touching down with Bath Rugby Leagues Josh Frost adding the extras.

The West of England squad came together in what was a competitive hit out for them and another opportunity for players from the league to play against stronger opposition as they prepare for further development games and a tour in the new year. I would like to thank Matt Warnock and Peter Lipiatt from Frome Rugby Club for making the hosting of this fixture possible, we would like to bring more Rugby League fixtures to Frome and we are also planning to make the challenge fixture an annual event.”

A Frome RFC spokesman commented “It was a great day welcoming Rugby League to Frome, and showcasing our fantastic facilities to a wider audience. It was also great to see the trio of Frome RFC’s Stevan Randall, Matt Warnock and Jordan Talbot crossing codes and representing the West of England, during the summer months the players play for Bath Rugby League alongside a multitude of other Frome RFC players.

Broncos pull away in second half points fest