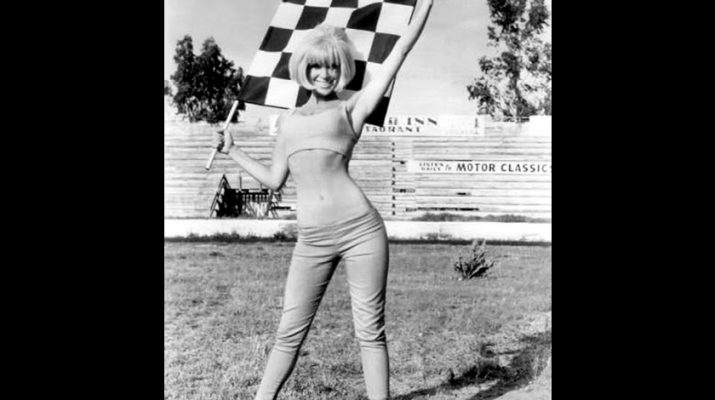 This is the second part of Thoughts on 1970s motor racing which is an interview with former Saloon car pitman Peter Wallace. In this part you will find out his thoughts on modern day racing, which driver is most like James Hunt today and where he thinks he will finish in modern day F1!

Going back to the safety aspect of racing, today it was come on leaps and bounds, but thing I noticed in Rush was that the media were right on the edge of the race track. They were always trying to get that big shot of the cars, did that actually happen?
Oh yes they used to always stand on the edge of the grass. The same with the chequered flag at the end, they used to wave it right on the white line, which they have taken away now for safety reasons.

Does that take some of fun away from racing now, as that is an iconic symbol of F1 racing?
Nowadays it probably doesn’t as people won’t remember the racing from the 60s 70s or even 80s. I do think it was a lot more exciting back then though from personal enjoyment.

Another question from a reader, Guy Pilbeam, if James Hunt was racing today where do you think he’d be expected to finish in the current stands?
If he was racing today because he was such a big character and he always wanted to win he would be there to win, so in the top few. He had the attitude that every race was winnable and always wanted to compete no matter what car he had. There was no point to racing otherwise.

Completely agree there, no point of crossing that white line in any sport if you are not there in it to win it. So who would be his rival today, would it be a British driver like Hamilton or would it be a European driver?
Well Jenson Button would be most like James, he also came out in the press recently and said about competing in F1; you have to aim to win every race. Umm in terms of rival it would be any driver finishing in the top positions and stopping him.

A question from Charlie Tanner, sadly no relation, says do you think the cars are lacking noise this year? Now this means nothing to me, seems quite bizarre to me not being an F1 fan!
Well now they are using a Turbo engine which means the engines are a lot quieter and it’s been discussed a lot in the papers and on the radio recently. They  are looking to tweak the technology a bit to add more noise soon as otherwise that will be another part of F1 tradition which will be lost.

Surely though that is a great improvement for the pit guys and the drivers because it won’t damage their hearing anymore, it’ll also make it a lot better for TV too. Did you ever have any concerns over your health?
No you didn’t even consider it, you were there to do a job and it was part of it.

So did you wear ear plugs back then?
No I didn’t.

I guess it didn’t affect you too much; I’m not having to shout or anything.
Pardon…

Hahaha, brilliant! Another questions from Charlie, which I have reworded a bit as you haven’t seen Rush; do you think that films like Rush would give views a real insight into F1 back in the 70s?
Yes I think so, from what I’ve read of it they tried to make it as realistic as possible.

Well from not being an F1 fan myself, I thoroughly enjoyed it. I’m not saying I’ll go out and buy my ticket to Silverstone next season but it will make me keep an eye out for results.
Well it’s very expensive to go nowadays.

Oh really well I’ll ask a couple of questions about pricing now then. My main sport is football and the prices for the Premier League are ridiculous at the moment, most in excess of £40 for an adult to watch just 90 minutes. Has the TV money ruined F1 in the same way?
Well I haven’t been to a F1 meet in donkey’s years so I don’t know the exact prices but I would imagine that it would have had an effect.  One thing about watching F1 is that you are getting very little to actually watch. The cars are coming round so fast that apart from a few tracks, you see much more on TV. You will get to see the whole circuit on TV in your own home instead of just one patch at the track. Brans Hatch is a lot better as you can see a lot more before the cars disappear into the countryside but somewhere like Silverstone you don’t really see one straight so a very limited view.

It’s a bit strange why there are such big crowds on a race day watching then, if you only get a few seconds of the cars every few minutes. Going back to the pits then, you used to race the Saloon cars before the F1 race, is that right?
Yes after the F1 everyone was packing up and going home, so we were on before as a warm up for the crowd before the main event almost.

So that adds to the experience for the customers then when they get there. I’ve got to ask about the pit girls. Girls and cars go hand in hand for most guys, except me, as you see loads of pictures of girls and cars everywhere. Back then was that common place, did you experience that?
No, you never had girls in the motor homes or anywhere near the pits. They were usually up in the hangers, which was away from the pit area. They never came down to the pits.

Ah now maybe that was one thing that Rush got wrong then, as every time James finished a race there were suddenly loads of girls round him as he got out of the car. Did any of the drivers ever used to sneak any in?
Haha no not that I saw!

One other thing Rush portrayed was a ritual James used to have, he used to throw up before every race, was that true?
I never knew that. I never saw anything like that.

Ah right well they made a big thing about it in the film. Did any of the drivers have any superstitions?
No not really, most saw it as a business really, and most drivers weren’t married so didn’t have young families to leave behind.

So did you actually know any of the F1 drivers personally?
Well with Alan Mann we used to work with Jackie Stewart. I knew him and worked with him but none of the others really.

He was one of the racing greats wasn’t he? How was he to work with?
He was very pleasant, very down to earth, not stuck up. He was a really good to professional to work with.

He didn’t come to you and say I want this and that changed then? Nikk Lauda was portrayed like that in the film; he spent all night working on his first F1 car with the mechanics.
No if he wanted something changed then he would go to the managers and they would then discuss it and relay any changes to us.

When you were working on the cars, was there every any modification or tweak that you made that you were really proud of?
Well we only really looked out for our results and standings. If the car won you knew you did a good job and we must have been doing a good job as we won many races.

Haha winning always helps! Thanks for answering those questions Pete it’s certainly made me look at F1 differently now.

Hope you have enjoyed reading this, every time I do an interview I always think of more questions to ask afterwards. So if you have any more questions or comments about F1 racing, Saloon cars or the industry then please get in touch as a follow up, shorter, interview is always possible.

Part One of Thoughts on 1970s motor racing can be found here and Peter’s old company, MathWall, is still going strong too with Matherson’s son now running it.