Here at M Tanner Sports we are against a creation of League 3 and the creation of any B Teams in the lower leagues.

Football is about representing where you come from which has seen the creation of hundreds if not thousands of teams in the UK; these people who run them are proud to represent their local community. To create a B team for a larger team would undermine the thousands of hours of voluntary work that goes into keeping just one club afloat in non league football and indeed at football league level. There will no incentive for clubs lower down the leagues and in non league to gain promotion if there are B teams as they will just lose heavily to these poorly supported teams.

The time it took for the FA to come up with this idea would have been better spent in visiting some non league clubs and seeing how advice from the very top could benefit a person working in a voluntary position. A mentoring scheme between say Bristol City and Yate Town would help bring through more English talent by helping to keep a lower league/non league club going. Then the improvement of coaching, along with the behind the scene running of a club, would allow more areas of the UK to be represented and supported more. No area should be a ‘B area’ and ordinary local fans of the larger Premier League and Championship clubs should never say it’s too expensive to watch their local team. Ticket prices is for another topic altogether though.

Lets just hope the FA listen to the voice of the masses and scrap their idea for the creation of B teams and a 3rd football league as otherwise the 151 years of hard work by countless volunteers to keep clubs going will be lost.

If you feel as strongly as we do here then please take 2 minutes to sign the online petition so that supporters from all over will have a bigger say. Thank you! 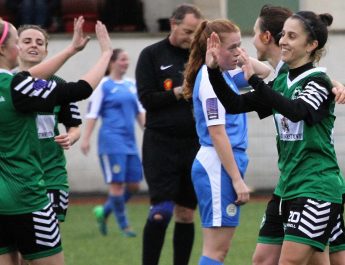