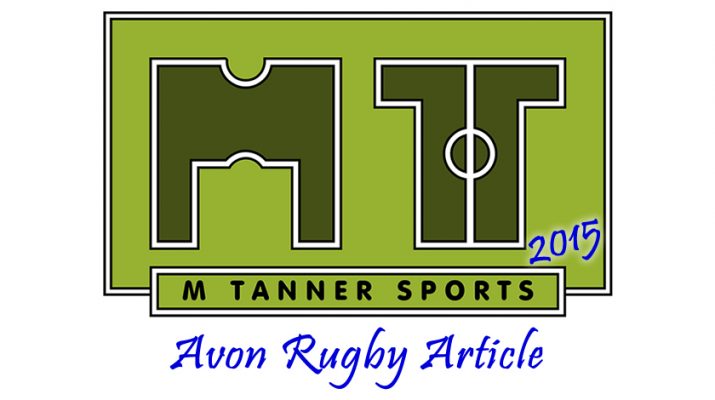 Avon moved up to 4th in Western Counties North with a battling second half comeback to seal a 17 all draw at Burnham on Sea.

There are usually 4 common features in Avon’s matches – a slow start; poor management of restarts after scoring; a successful comeback; and Stuart Dilloway not troubling the scoreboard. Three of the four were true again in this match against a tricky Burnham outfit.

Lacking skipper Kai Harwood and Jake Dixon through illness up front, the opening quarter was all Burnham pressure as they forced Avon deep inside their own half and were only denied a score by excellent defence, led by back rowers Scott Book, Ian Burnell and Chris Sawyer.

Yet on their first foray into the Burnham half, Avon’s renowned pack exerted their influence with an excellent lineout drive which saw hooker Ben Hurd surge over for his 5th try of the season.  The all-too-common poor restart then followed as the Seasiders regathered the ball from the kick off, moved it wide and scored a try in the right corner by winger Ben Gibb.

With stalwart fly half Tim Piper slotting the conversion and adding a penalty after a high tackle shortly afterwards, the hosts opened up the lead as Avon struggled to get outside their half through the lack of an experienced kicker to relieve the pressure.  Then, with half time approaching, Burnham launched an excellent counter attack, passing the ball out of the tackle before their powerful Kiwi number 8 Jordyn Wikiteria finished off a sweeping movement for a converted try under the posts.

At 17-5 down, Avon reshuffled their pack to bring on Chaz Meddick who had been nursing last week’s knock on the touchline.  A series of monstrous scrums and forward drives followed as Avon upped their intensity and dominated the second half before being awarded a penalty try as the Burnham scrum disintegrated on their own line. Makeshift kicker Stu Dilloway opened his seasonal account with the simple conversion.

As Avon now mounted the pressure in a typical game of two halves, they were denied further scores through their dominant pack as Burnham cleverly wheeled the scrum to negate their visitors superiority. Then, after Ross Atherton was held up just short of the line, the Avon pack drove over from the resulting scrum but their replacement number 8 failed to touch down early enough, allowing Burnham’s scrum half to dive through to gain the 22 drop out.

The respite was short lived though as Avon again stormed the home defence and eventually recycled quick possession out wide where Stu Dilloway carved through despairing tackles to joyfully score his maiden try.  Having levelled the scores at 17 apiece and with Rob Fitch now off the bench, he struck the potential winning conversion perfectly only to be denied by the post to settle for the draw.

Next Saturday, Avon host city neighbours Walcot at Hicks Field in the quarter finals of the Bath Comination Cup. Hosts Avon are currently riding high in 4th position in Western Counties North whilst Walcot occupy 5th place in Southern Counties South so an exciting matchup is in store in a rare clash between the two teams.

Also, to add to the entertainment, league leaders Avon 2nds are playing Old Edwardians in a rearranged Somerset 3 match so plenty of grass roots rugby on display.

This weekend saw Avon take stock of the latest members to reach 100 appearances for the club in the last five seasons, to join Kane Book and Kai Harwood. Damien Sawyer, Scott Book, Ben Hurd, Stuart Dilloway, Chris Mutlow, Ben Dilloway and Jake Dixon have all played over 100 games for Avon after their appearances this season.

Ian Burnell and Ollie Flight are due to join them if they can play another 3 and 5 games respectively.  Robert Fitch, Ross Atherton and Chris Sawyer have now all played 50 or more times for Avon with appearances this season. Dan Griffin is set to make 25 appearances if he plays 3 more times.

This is a fantastic achievement for the players themselves but also for the club. To get 9 players on over 100 appearances in just 5 years is a credit to the management and committee in making it a club players want to keep playing for.