I travelled down to the West Country on the Friday night from my home in Surbiton, having been able to get out of work early enough to beat the Friday rush. It’s great living so close to London but the M25 is a nightmare at rush hour!

On Saturday morning I left my parent’s house and headed to Bristol. After a quick pit stop for food we arrived at the Mem. As we got there early we headed to the supporters bar and had a couple of beers and watched the first half of the North London derby. I love a derby match, regardless of the teams! I love how tense and exciting they can be.

After a few drinks we braved the cold and headed towards our usual spot on the Uplands Terrace. It was freezing and stupidly I had left my woolly hat in the car so had to make a quick trip to the club shop for a new one!

During the players warm up we noticed that Rovers were wearing their away kit. It turns out that the Lincoln kit man had had a nightmare and had brought the wrong kit and so Rovers had to play the game in yellow. I’m pleased we didn’t lend them our away shirt as we all know how things ended last time that happened!

Rovers started the game well and looked comfortable throughout.

Rovers went close early on when Tom Parkes headed against the post from a free kick. Matty Taylor also went close from a well worked corner with Adam Dawson playing a great ball in which was flicked on by Andy Monkhouse. It fell to Taylor and hit the cross bar from close range.

At this point I was starting to think this isn’t going to be our day!

With 5 minutes left in the first half, Rovers won a free kick just outside of the Lincoln box – perfect for Lee Mansell’s range, I thought. Up stepped Mansell who turned out to be the decoy as Lee Brown curled it round the wall and into the back of the net! What a great free kick!

Within 3 minutes it was 2-0 to Rovers. Matty Taylor, who was impressive through out, worked hard in the box and played a ball into Nathan Blisset who smashed it home!

The second half was much the same as the first. Rovers started well and looked for the 3rd goal. Lee Brown was unlucky to strike the post from another great free kick. Taylor again was denied by the impressive Lincoln keeper who some how managed to keep out his header after a great ball by Adam Dawson.

The game ended 2-0 and I don’t think anyone would disagree that Rovers were worth the 3 points.

On another day Rovers could have scored 5 or 6, and Matty Taylor would have been going home with the match ball.

Rovers were rarely troubled at the back and Steve Mildenhall was rarely called into action. When needed, the defence stood firm and looked decent.

My man of the match has to be Adam Dawson who looked impressive every time he had the ball, taking players on and his delivery was top class!

As I’m writing this Macclesfield have just won putting Rovers into 3rd place, now just 2 points behind 2nd place Macclesfield, and 7 points behind leaders Barnet. It’s all to play for up at the top so we just have to keep winning!

Next up for Rovers is a tough away trip against Grimsby who we drew with 0-0 on the opening game of the season. If we play like we did on Saturday I think we could come away with the 3 points.

It’s good news that Adam Dawson has extended his loan. Hopefully he can get a run of starts under his belt and provide those awesome crosses and runs he did against Lincoln. 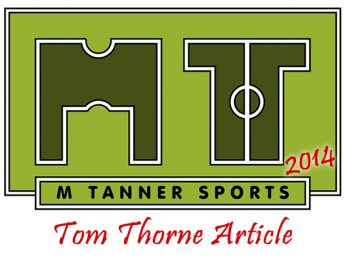