Michael Wooten is a driven, enthusiastic, family orientated young man who founded Bath Futsal Club in 2012. Bath entered the National League Div 2 midlands in 2013 and have managed to perform well against strong opposition in the last two seasons.

Michael has been working hard on and off the pitch. He is currently on the Access Course (training to be a social worker) and has recently gained a place at Bournemouth University to study social work. So just a few months ago he joined Salisbury Futsal Club to let Billy Whittaker adjust his team in preparation for next season without him.

Recently Michael has found the time to put his thoughts down on paper and we’re delighted to bring it to you in his own words:

“My journey into Futsal doesn’t stem from a youngster brought up with a love of the game, it came about whilst trying to organise my own 5 a side football league. The simple fact of it is I was looking for a way to earn some money from a sport I loved; football. Many people want to earn a living from football, and those lucky few are the admiration of a lot of hopefuls trying to replicate what they have achieved.

My Journey into developing a football league brought me to the local county football association where the league would need to be affiliated, whilst on the phone I was simply asked – “Have you heard of Futsal?” and then the journey began. I attended meetings to create a plan to help grow Futsal and take over the running of the leagues in the local area. This was a perfect fit for me, the FA backing me with a branded product and support, help to get teams and referees involved. Once I had been accepted the run the league the Journey on my Futsal path began. A path that would lead me to a sport I loved and believed in, a passion.

Once I began to run the leagues it became quickly apparent that the sport was fantastic, everyone who played the game portrayed the passion and eagerness to learn more about the sport. This dedication showed me I needed to develop and learn more about this great game. The league quickly went from a way to make some money from a sport I loved to a passion where the money did not matter. It was now about learning everything I could to fully understand as many aspects of the game, I am still a novice and what I have learnt so far has only scratched the surface. Fortunately, I am young and have the time, willingness and want to continue on this path. The leagues began to grow and the awareness of the sport locally began to really improve. I managed to  have a waiting list on the leagues was great and to my knowledge a first in the history of Futsal in Somerset. 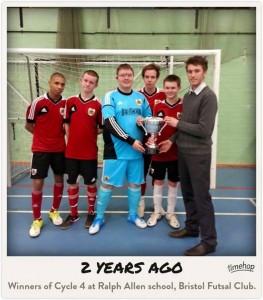 This passion for the sport lead me to look at other areas of Futsal, I quickly came across the FA National Futsal Leagues, the highest competitive Futsal in the country. My first experience of this was watching the University of Bath Futsal Club, it was fantastic and I knew I wanted to get involved in this. I had the pool of players, the support network and the local community to develop a plan and bring forward a club that would play National League Futsal. I had a new vision, a team that would compete and play at the highest level but with a sole purpose to develop Futsal in the community. The club would always remain focused on the community and developing the sport. From this initial vision and with lots of help and advice from people such as; Sion Kitson, Richard Horlock, Jack Cantwell and Brendan Dix; Bath Futsal Club was created.

Bath Futsal Club was the end result of lots of planning with several ups and downs along the way, the application was in and after what felt like forever the club was accepted. My vision, hard work and dedication had paid off, but this was the point at which the real hard work was about to start! The result from such an achievement was the realisation that we had so much more to do in so little time: finalising sponsors, getting kit that met National League standards, venue specification and much more had to be ticked off and in place. The first season in the National League was a tricky one, the side took a devastating blow when the first team manager and half the team left 2 weeks prior to the start of the season for various reasons. There was a major reboot within the club and we never really found our form in the league. I had no doubt that the squad was capable and we had shown glimpses all season, the FA Futsal Cup was great for the club and we had a good run reaching the main group stage of the competition. Throughout this first season I developed my Futsal qualifications to a Level 2 standard with the FA, I aim to complete the next level when introduced. 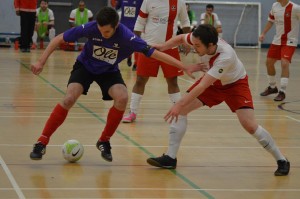 My second season with the club in the National League saw another rebuild with several players leaving the club for various reasons; however the club saw a talented influx of new players that over time would be able to compete. We worked extremely hard pre-season and believed we were ready. However, we were struck with a number of serious injuries throughout the first team ahead of the season with more players injured than available! It was credit to the players who managed to keep every game close and with a bit of luck may have resulted in some very good victories. About midpoint through the season it was time to look forward, I was leaving to attend University and the club needed to go through a transition of management. A new team was put in place and I began to wind down my influence with the club. It is testament to those who have taken over and the way in which the club has continued to run to such a high standard with the results also coming in the latter stages of the season. 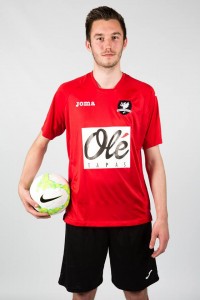 Overall my time at Bath Futsal Club was a fantastic journey with many ups and downs; my time there taught me so much about how to build a club and also the ability to reflect on where I went wrong with certain things. However, I am extremely proud of the overall successes that we had and I left the club with 3 adult teams and a youth set up. Additionally, those teams had the sponsors, equipment and people in place to continue to drive such a young club forward.

My new journey for the rest of this season is with FC Salisbury United, a side that I have been talking to since almost the beginning of my Futsal journey. I am privileged to be allowed to coach with them for their remaining FA Cup games which includes a trip to the Copper Box arena for the finals weekend! They are a talented bunch with a lot of enthusiasm and passion towards the sport, the club has a fantastic set up and from what I have seen a real drive and development strategy to push them onto the Futsal map.

I have to say again special thanks to those mentioned for helping and guiding me throughout my small time in Futsal and especially to Sion Kitson who has had countless phone calls from me! A credit to the Futsal community as a whole as I know this type of assistance goes with being a part of a great community.”

All at M Tanner Sports wish Michael all the best in his new adventure down in Bournemouth. We will endeavour to bring you coverage of Bath Futsal Club next season. Michael was a big influence in getting them to be one of our featured clubs this season.