Aberystwyth Town Ladies lifted the CWFA Cup on Sunday 24th for the third year in a row to make history in Newtown. They defeated Llanfyllin Ladies at Latham Park 5-1 with the first goal coming in the first minute.

“Within 15 seconds from kick off we won a corner, Amy Jenkins flicked home a corner, which was a dream start.” Recalls coach Bryn Oliver.

Amy Jenkins played a part in the second goal too as her free kick found Siani Evans to make it 2-0 on the 35th minute. However Llanfyllin got back into the game after upping the tempo before half time and defending well; the teams went in 2-1 at half time.

Captain Ffiona Evans said “Although we did go into half time winning 2-1 we felt that we did not show our full potential in the first half so we needed to play better in the second half.”

This sentiment was echoed by Bryn: “the dressing room was positive (at half time); our girls could feel another goal coming along. The as soon as the second half kicked off, we were a completely different team, we moved up a gear and plenty more chances were made through some great football; it was a pleasure to watch to be honest.”

Emma Cartwright tapped the ball home for her first goal of the season in the second half. Amy Jenkins then scored a great free kick to make it 4-1 to cap a great individual performance. To round off the memorable day was a collector’s item from the team captain. Stephanie Land provided the cross for a first ever headed goal from captain Ffiona Evans.

“My highlight of the final (maybe of the season) – scoring my first ever header, (making it 5-1) and it was one to be proud of” beamed the captain.

Aberystwyth Ladies went into the final after weeks of preparation, knowing that Newtown’s pitch would suit their play. However Bryn confessed afterwards that they didn’t know too much about their opponents.

“None of the staff had seen Llanfyllin play and only a few of the players had played them about 3 years ago, so we were in the dark about them. But this just meant we stuck to our own game, and manager Morgan Evans was fully confident in our own system, so we didn’t change it.”

Now there will be a break for a month until training starts up again in July for the Ladies. Finishing on a high has given all the ladies a lift.

“Winning 3 years in a row is a great achievement and I was so happy to end the season, after a difficult one, on a high! Huge praise to the team!” said Ffiona.

Bryn added “Hopefully (winning the cup again) it will attract a few more names to our squad because we will have had some good press about it. I’ve had some names contact me about next season, but nothing is a definite until the paper is signed.

This season saw a lot of my u16s turn into senior players and the ones that have committed to it have done superb. Players like Holly Reed, Hannah Pusey, Jennifer Richards and Rachael Hill have had a great season at u16s this year and will be turning senior next season, so we will look at them again throughout the upcoming season.”

Pre-season fixtures will be announced over the coming weeks and we wish Morgan Evans, Bryn and Ffiona all the best for next season. 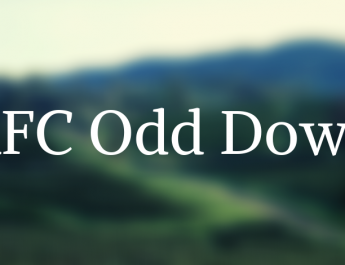 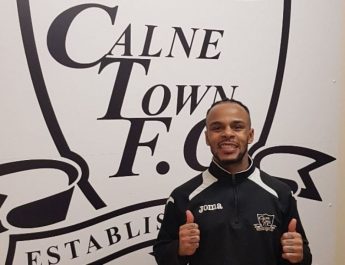