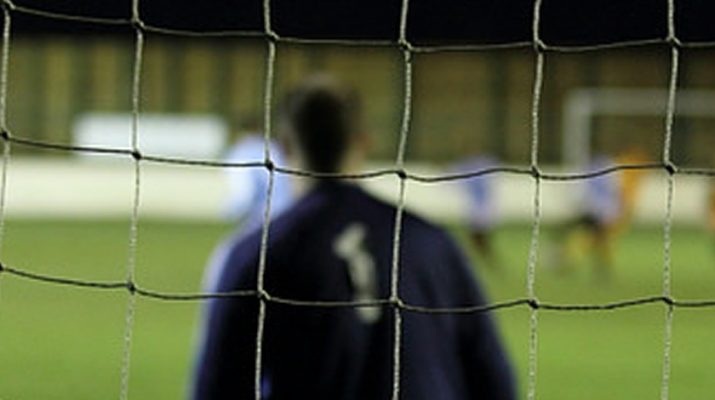 Wins for all of our local sides this Saturday; Bath City, Larkhall Athletic, AFC Odd Down, Keynsham Town & Saltford FC.

Gary Owers’ men inch closer to a play off place and are now 6 points off Pool Town who occupy the last play off spot. City recorded their first win on an artificial pitch as they defeated Eastbourne on a windy afternoon; 2-1.

All of the goals came in the second half with on loan Bristol City striker Shawn McCoulsky opening the scoring and an own goal swiftly followed. However City had to hold on with ten men for the last ten minutes as ever present George Rigg was sent off for a professional foul. Miguel Baptista curled in the freekick to leave City defending for the remainder of the game.

Kevin Porter was at the game and his excellent match report can be found here.

There was a sending off in the Larks home game too but this time it was for the visitors Taunton Town. Phil Bater’s men came away with a 3-0 win over their local rivals.

Again all three goals came in the second half after another stalemate at half time. Taunton’s Owen Irish saw red in the first half for a dangerous challenge and the Larks came out with some quick attacking play and were 2-0 up within minutes. Joe Raynes scored both goals and Greg Peel rounded off the game towards the end.

The Larks handed their new signing Alex Lambert a second half debut and he responded by setting up Peel for his goal. Tracey Hill’s match report can be found here and there is also a full set of photos by Mark Guy.

Odd Down managed to thump 5 past Sherborne Town away in the Western Premier League. Last season’s champions sit in 7th place and may have left a little too much to do to finish in the top 6 this year.

It wouldn’t be an Odd Down win without at least one of the Simpson’s scoring.

Then new signing Jack Knight gets his Odd Down career off to the perfect start with a goal to complete the rout.

It’s tight at the top of the Western League Div One this season and Keynsham move back to 2nd with a 4-2 away win against league new comers Bishops Lydeard.

The first half was an even affair with Ben Harris scoring on 24 minutes only for Ryan Brereton to equalise on the 30th minute. The game really opened up in the second half with Keynsham starting well with Matt Brown scoring and an own goal putting the Ks 3-1 up on 52 minutes.

Lydeard kept in the game with Zac Ryder scoring a tap in from George Sinnott’s cross setting up a tense last 20 minutes. However Brown wasn’t done and scored his 26th goal of the season with just five minutes to go.

The Runts left it late to secure another win this season as they overcame Long Ashton FC 3-2. The third goal came with just minutes left from new signing Harry Neil. This gives The Runts nearly a year unbeaten in the league, promotion must be a target at this business end of the season; as they sit in 4th place with two games in hand on first place Mendip Broadwalk who are 5 points ahead.

So another great weekend of football for our local sides, make sure you get down to a game soon!