Bath & Wiltshire Romans started slow in their last West of England Premier League Rugby League fixture of the season at their Leafy Lane home in Corsham (near Bath); going down 32-28 to Bristol Sonics after leading 18-14 at half time.

The Sonics started the brighter of the two sides with their hooker Jack Wren causing no end of problems from acting half back and scored one of the Sonics three first half tries. However, they could only convert one opportunity. After the Romans slow start they came back from 14-6 down to pull back to 18 points at half-time, this is something they have rarely had to do this season and should be good for character building going into the Grand Final in a couple of weeks time. Full back Jimmy Godfrey created the overlap with stand in wing Nick Parks for Godfrey to go over for the Romans’ first try.

The Romans created a number of opportunities down the flanks but failed to put a few of them away which was probably the difference between the two sides at the end of the game. The second Romans try was another created down the flanks with wing Matty James going over out wide but had the forethought and time to put the ball down under the sticks which brought the score to 12-14.

The Romans just had time before the end of the first half to capitalise on a Sonics handing error which saw prop forward Olly Spence pick up and amazingly race almost the length of the field to score under the sticks. The fact that he was not caught showed clear determination and just what the team needed at this point in the game. After this score the ref blew the whistle for half time and the Romans were probably fortunate to be leading at this stage. Huw Parks converted the first Romans try before Bruce Vuetanatotoka took over the kicking duties.

In the second half Jack Wren was again lively for the Sonics and went in for the first try of the half which levelled the scores up at 18 apiece. However, skillful and experienced stand-off Paul Riley did a quick ‘show and go’ to fool the Sonics defence to go over from 15 yards out which was duly converted to get the Romans back into the ascendancy at 24-18 up.

The Sonics then came back into the game with two unconverted tries to get back into the lead at 28-24 up. There was still time for the Romans to draw level with new signing from Swindon St. George Bruce Vuetantotoka (Centre) to go over out wide but Bruce failed to convert so the game stayed at 28-28 and the Sonics had the last word with an unconverted try to go 32-28 up which ended up being the final score. The Romans did have one last opportunity with 90 seconds left on the clock with a scrum inside the Sonics 20 metre area but they knocked on during the first tackle so the chance went begging.

Chris Chatten, Romans spokesman, said “while there was 100% effort from the team we needed to be more clinical at key points and maintain good field position for more of the game. The team will now have two weeks off before the Grand Final on Sunday 23rd August 2015, 2.30pm at our Leafy Lane home in Corsham. Bristol Sonics will play Somerset Vikings next weekend in a 2nd V 3rd play off to determine who plays the Romans. We are keen to generate a good crowd on the 23rd in what should be a spectacular occasion”. 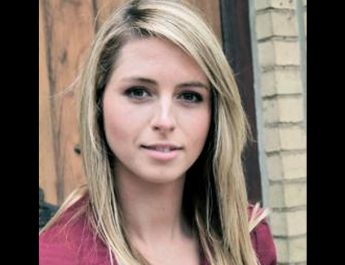