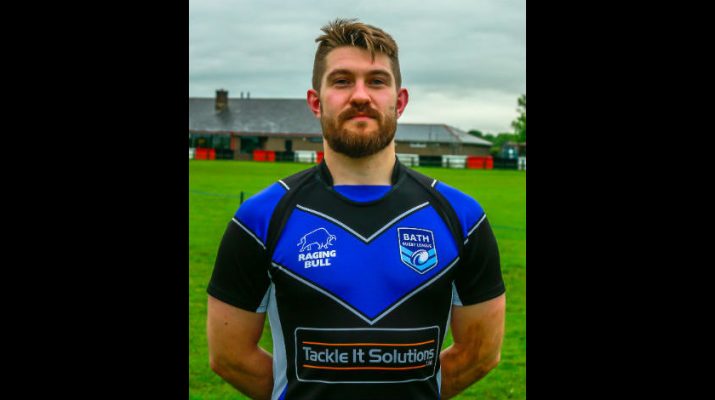 There has been a lot going on at Bath Rugby League during the close season following their successful 1st year in the West of England League, with numerous Club announcements including the signing of new Head Coach Alex Burns.

Burns has stepped up from playing in 2017 and finishing as top points scorer to become the head coach for 2018, he comes from a Rugby Union background but has a huge passion for Rugby League. In terms of coaching this is his first Rugby League appointment but he has bags of experience in the other code and is a level 3 qualified coach, coaching at a school in Auckland, New Zealand, a school in Port Elizabeth, South Africa, Millfield School, Somerset RFU U15’s, Bath Rugby Academy elite player development group and developing player programme.

He commented, “Rugby/sport in general is one of the most powerful tools for building exceptional young men & women who can positively contribute to society. Bath Rugby League excites me as a club with an excellent vision of what it wants to become with huge potential in the area and the players within it”.

There was also further announcement with Stevan Randall being appointed Bath Rugby League Team Captain for 2018, stepping up from being vice-captain in 2017. Randall is a convert from Rugby Union with Frome RFC but only started playing the sport at the age of 30, and has won the Bath Combination Cup with Frome twice and has also played for the West of England Rugby League representative side scoring a couple tries for them in 2017.

A club spokesperson said, “Randall showed in 2017 as vice-captain how he could lead by example and showed how he could motivate the squad in pre, post and during match team talks. A natural replacement for Tom Plance who did a great job in 2017 and is still at the club but appearances are likely to be limited due to work commitments in 2018.”

Matt Warnock has been appointed Bath Rugby League Club Captain for 2018. He is a long time Rugby League fan of Warrington Wolves and also made his debut for the West of England League representative side in a recent challenge fixture against South West Universities at Frome RFC, the first Rugby League game to be played at Frome.

A club spokesperson said, “Matt is a great character to have around club and massive advocate for Rugby League recruiting a number of players to the club using his enthusiasm for the sport. A solid player in defence on the pitch and social member of the group off the pitch.”

As well as the new appointments Bath Rugby League opened its doors on Monday 5th February and welcomed its current squad and prospective new players to their 2018 preseason meeting held at The Huntsman Inn, Bath.

Chris Chatten, Club Co-ordinator, said, “Bath Rugby League are on an exciting journey and are keen for anyone who would like to have a crack at the sport to jump on the bandwagon, we would also like to build partnerships with organisations for mutual benefit. We can offer players a pathway into the professional game via our existing partnership with York City Knights”

Matt Warnock, Club Captain, said, “Bath Rugby League has some high ambitions and are setting the foundations to breed a successful club, it’s an exciting time to be part of the team and with the wealth of Rugby talent here in the South West we are hoping to capitalise on some code converts”.

Aaron Schofield, Player, said, commenting on the pre-season meeting, “I really enjoyed the meeting and found it interesting. I think we all know what we got to do as a team and club, so bring on the hard work.”

The 2018 season gets fully underway in May with fixtures due to be release soon when the club will make further announcements regarding pre-season training and other events. Chatten, encouraged interested parties to get touch and can be contacted on Mob: 07810 552196, Email: chris.chatten@bathrugbyleague.co.uk

To keep up to speed with developments at the club please keep tabs on the website and social media channels: