Bath & Wiltshire Romans RLFC are very pleased and excited to announce that they will play all of their home matches in the 2016 rugby league season at Corsham RFC club situated at Westrop, Corsham SN13 9QG. The ground share begins immediately with training and social events now being scheduled and the West of England Men’s League fixtures are to be announced soon.

Club Chairman, Chris Chatten, said “This is a very positive move for the club on a number of fronts; it enables us to develop a second team; we will have enhanced on and off pitch facilities; the opportunities for sponsors are going to be greater too.”

The club are likely to line up against the likes of Cheltenham Phoenix, Swindon St George and the Somerset Vikings in the new 2016 West of England league. They are likely to be competing for the title against alongside rivals Bristol Sonics as they look to go one better this season in the end of season Harry Jepson Trophy; competing against winners of other county leagues.

Rugby League is a growing sport in the South West so any of the five clubs could spring a surprise in 2016 so it is important that the Romans have another solid season. The second season is always the hardest for a new club and Chris Chatten and his team have their work cut out to stay on top in the West Country.

Players are currently drawn from across Wiltshire, Bath and North Somerset and anyone interested can get involved by contacting the club on social media – 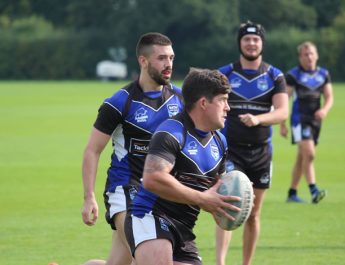