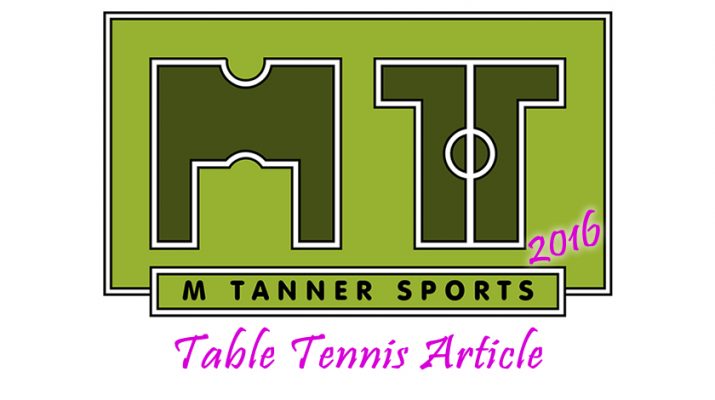 There was very little time for rest for Bath table tennis players as the summer league has already started after a long winter season. Bath has 3 table tennis leagues in the winter catering for all levels of play, although in recent seasons the standard has gone up due to a lack of new players.

Here is a short write up by the league on their annual presentation evening:

The Bath and District Table Tennis League’s end of season presentation/social evening took place at Bath City FC on Friday 20th May. The function was well-attended by members and their partners/families who enjoyed a buffet, and were entertained by a quiz and a performance by the chamber ensemble “No Strings Attached.” For the first time in many years the event was attended by the Mayor of Bath – the league’s patron.

The Mayor (Councillor Will Sandry) presented trophies to the winners and runners-up of the league titles, team cup competitions, and closed championships.

Chippenham A’s Gary Baldwin won a number of team and individual trophies, including his eleventh Open Singles title, but was unable to collect his awards in person as he was taking part in the World veteran’s championships in Alicante. His young daughter Suzanne received his prizes on his behalf.

Leon Kashdan-Brown of Bathford D, the winner of two junior cups at the closed championships, was also unable to attend in person. He was representing the South-West in the national inter-region championships being held at Kettering.

In the summer then there is a different league format. Teams from the winter leagues tend to join up with other teams and social players alike and compete in one big league at one venue; St John’s School in Oldfield Park every Monday. Once all of the teams have played each other once the league splits into two for the remainder of the summer.

Games in the summer are up to 21 instead of 11 and each player has a pre-set handicap which can change depending on results to keep the games competitive in this mixed standard of players.

So far Paul’s Ping Pongers are leading the way with St John’s, The Lambs and Den’s Dashers close behind. Oldfield and Larkhall prop up the 10 team league, but with 9 points on offer for each game (no doubles) the positions can soon change.

Regular social sessions for all players are still available every Monday between 5.30-7.30 with league games starting at 7.30-10.30. So come on down and join in!

Finally Mike Clare has been running his sessions at St Mark’s School in Bath for 24 years now and could do with some help. They run on Thursday evenings during term time with other ad hoc school competitions, and any regular or occasional help would be appreciated. Talk to Mike for details, his contact info is on page 1 of the handbook. 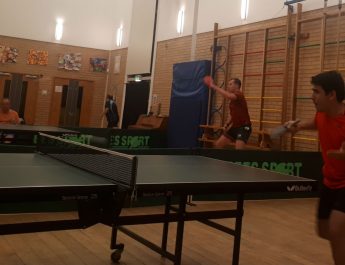