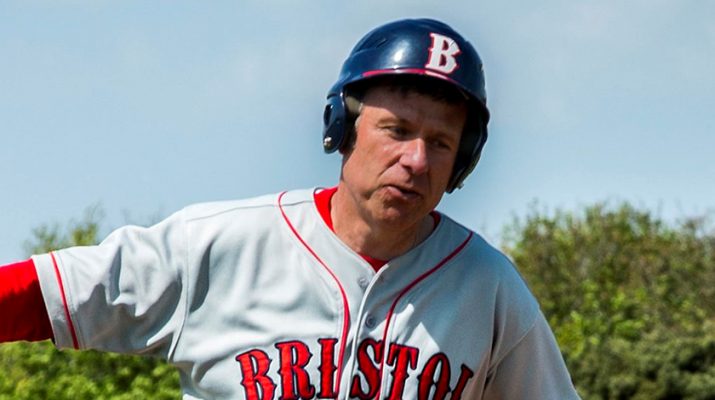 BADGERS AND BATS BOTH WIN

It was a winning weekend for both of Bristol’s teams in the final regular season matches of the South West Baseball League (SWBL); 6th/7th August.

The Bristol Badgers travelled to Plymouth and came away with a stunning 40-6 victory over the Mariners, while the Bristol Bats overcame the Taunton Musketoons 26-8 at Failand.

It was runs galore on the south coast as the every Badger had a good day at the plate. MVP Harry Vaughan had his best game for the club, hitting his first double, knocking in seven RBIs (runs batted in) and stealing three bases. He was pushed close by Simon Frankcom who had his most productive game with the bat and in the field.

Tom Hollies hit the club’s first Grand Slam of the season and pitched five good innings with 10 strikeouts. Nik South had the distinction of playing every position this season when he stepped up to the mound to pitch the final out of the game.

“It was a huge team effort,” said Tom Hollies after the game. “It was really satisfying to see Harry and Simon both have impressive games as they continue to learn and develop their skills.”

At Failand, the Bristol Bats produced one of their best performances of the season to overcome the Taunton Musketoons 26-8.

Bolstered by scoring 18 runs in the first two innings, the Bats made a dramatic improvement in the field from the previous week with four double plays and an excellent all round defensive display.

MVP Paul Carter had a superb game, pitching five solid innings, hitting two doubles and stealing two bases. Outfielder Alex Brown was nearly perfect with the bat and stole seven bases before stepping in as relief pitcher to close out the game.

“This was one of our best all round performances this season,” said Bats team manager Ricky Gellatly. “We wanted to concentrate on getting the basics right and every player produced with the bat or with the glove when it mattered most.”

Both teams head for the play-offs with winning records. The Badgers finished second in the league with six wins and three losses while the Bats finished third with five wins and four losses.

Best of luck to both teams in their hunt for glory through the play offs system!