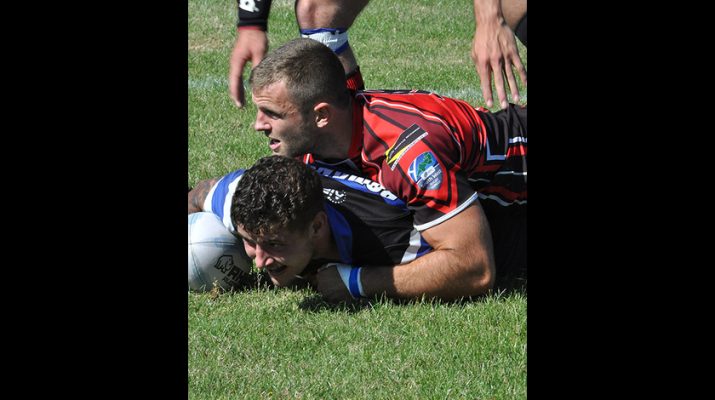 Bath & Wiltshire Romans take on Southampton Spitfires away at Millbrook Rugby Union Club, Five Acres, Redbridge Lane, Southampton, SO16 8FA Saturday 13th August 2016, 2.30pm kick off. This is a cross-pool play off fixture which will see the winner go forward into a West of England Plate Final to be held at Chippenham RFC on Saturday 20th August 2016, kick off 1pm with the West of England Grand Final which the Romans won in 2015 kicking off at 3pm.

The Romans have qualified for this fixture after finishing 4th in the league, going through to a cross-pool group of Forest Bulldogs, Oxford Cavaliers and Southampton Spitfires. In the Romans’ last league fixture they travelled to a strong Swindon St George side:

Courtesy of Bath & Wiltshire Romans
Photos by Paul Turner official club photographer
Bath & Wiltshire Romans Rugby League Club were dominated in a strong first half performance by Wiltshire rivals Swindon St. George and went in at half time 42-6 down, the only score coming from hooker Rob Cryer. The coach of the team who put his hand up to play to help out and that he did with a clever scoot from acting half back close to the St. George try line; a try which regular hooker Tom Plance would have been proud of. Cryer continued to show players who are new to the sport the technicalities of the league code with some excellent tackling technic in defence too.
The ROMANS were understrength and have over the last few weeks blooded a number of new players which bodes well for 2017 having virtually built a new team this year after the inaugural title winning season in 2015.
The ROMANS improved drastically in the second period for an isolated score line of only 18-14 down, and this could have been better if Andy Williamson had maintained his 100% kicking record with the club, but the last two conversion attempts were pushed wide. Unfortunately, the result was never in doubt with St. George winning 66-20. After beating St. George 42-32 in a pre season friendly and some big score lines against them in 2015 it was a disappointing result for the club.
The ROMANS came out in the second half all guns blazing with two Chris Barter tries, one of which was a particularly impressive long range effort, with Frome based centre Matt Warnock scoring his first try for the club after having joined the Romans at the beginning of the 2015 debut season with a good ‘out the back door’ inside pass from Chris Barter which saw Matt go on a diagonal run to the line and go over close to the posts.
Chris Chatten, Romans Chairman, commented
“it has been a tough second season for the club, but we will certainly be stronger for it in 2017. Planning for next season has already started, and we are keen to develop a rugby league stronghold in the Bath & Wiltshire area. The play-off draw has not been kind us, with a long away trip to Southampton but we will take it on the chin, giving it 100% and hopefully be rewarded with a short trip to Chippenham RFC for the plate final a week later. I am really proud of what this squad has achieved this year whatever results we pick up over the final few weeks of the season after dealing with a fair bit of adversity.
The Romans are based at Corsham Rugby Union Club, Lacock Road, Corsham. The club are interested in hearing from anyone who would like to sponsor the club and have packages available for all budgets. They would also like to hear from anyone who would like to help develop the club both on and off the field. Chris Chatten, “the only truly sustainable way to develop our own players is to start a junior/youth section”. Therefore, Chatten would also be keen to hear from anyone who would be interested in setting up junior and youth rugby league in the Bath & Wiltshire area.

Best of luck to the Romans in their upcoming group games! 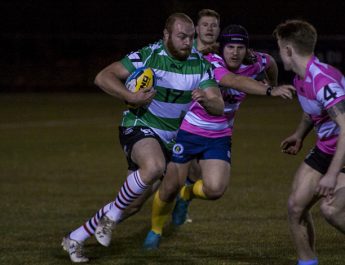