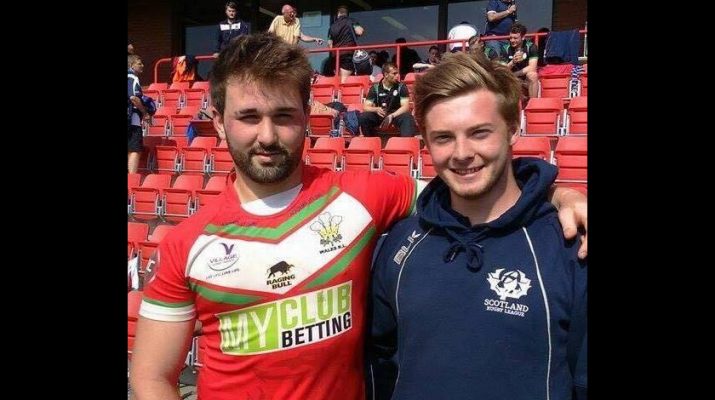 Bath Rugby League have been established after there was the need to capitalise further on a vibrant West of England League in 2016. The league boasts teams from other areas such as Bath & Wiltshire Romans, Swindon St. George, Portsmouth Navy Seahawks, Bristol Sonics, Somerset Vikings, Forest Bulldogs (Forest of Dean), Gloucestershire Warriors, Cheltenham Phoenix, Oxford Cavaliers and Southampton Spitfires. The season’s opening competitive fixture will be the West of England 9’s competition at Swindon St. George on Saturday 6th May 2017.

Andy Williamson has played in the local rugby scene for a number of seasons playing for both Chippenham RFC and Corsham RFC having also taken to the 13 man code late in his career. Andy has recently established his own personal training business, Bath Rugby League see this as a mutual benefit in terms of Andy leading on the Strength and Conditioning of players particularly during pre-season.

The latest addition to the club set up is Tom Plance as co-club captain. Tom is a regular feature for Bath Broncos university Rugby League side, while he is only 21 years of age, he is mature beyond his years. Tom has also played internationally for Scotland Students Rugby League, county honours for Devon County and played for South Wales Ironmen at a semi professional level for their development team in 2016.

An initial players meeting was held at the end of January with 20 players turning up, some of which had played Rugby League before and others were new to the sport. The mission, aims and objectives of the club were shared along with progress so far and what can be expected in the next 12 months.

Bath Rugby League want to give everybody an opportunity to play Rugby League in a fun, friendly and competitive environment, currently offering a 16+ open age men’s team but their is a plan in place to widen the offer.

The club have good links with the local semi-professional Rugby League clubs such as South Wales Ironmen, University of Gloucestershire All Golds and Oxford. If Bath players have aspirations of playing professionally the club will aid them in identifying the right opportunity, for example local youngster Huw Parks recently made his first team debut for South Wales Ironmen, prior to that having toured Canada with their development side and played for a Welsh Presidents community 13 against a West of England representative side.

The West of England representative offer can be seen as a pathway to progressing into a professional environment and/or get noticed by professional club, this was re-established in 2016 and a West of England team will be playing Ireland Wolfhounds Under 20’s in a challenge fixture which will take place in Ireland on Sunday 12th March 2017, a couple of local players will feature.

The latest development for the club is securing a home venue for the 2017 season which will be Chippenham RFC’s Allington Fields Ground.

Chippenham RFC are not unfamiliar to Rugby League, they hosted the West of England Finals day in August 2016. Bath Rugby League pre-season training will commence on Monday 6th March 2017, 7pm at Chippenham RFC’s Allington Fields Ground, club officials will also be available after training to discuss and outline plans for 2017 and beyond.

The club plan to announce another new club official at training. Please could you confirm your attendance by email to info@bathrugbyleague.co.uk

We also have a number of Sponsorship packages available to meet all interest and sizes of business, including player sponsorship. For more details email: info@bathrugbyleague.co.uk