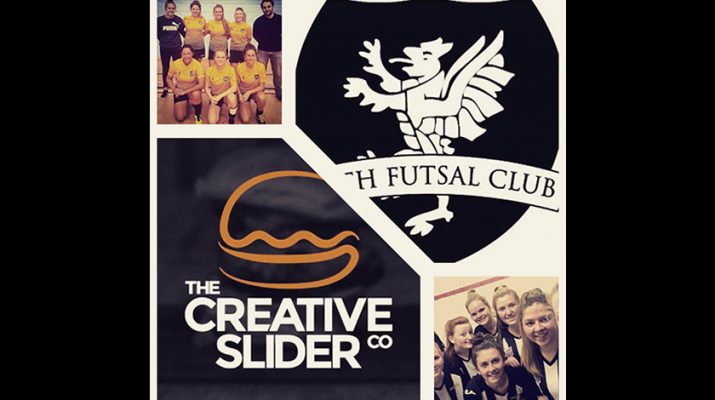 The match kicked off with Bath immediately putting London Utd under immense pressure. With no where to go, London kicked the ball out for a Bath Kick in, and with a powerful, bottom corner finish from Amy Wathan, Bath went 1-0 up.

From there, Bath just grew and grew as they started to play some absolutely phenomenal Futsal. One-twos, back post runs and fancy footwork bagged Bath 5 more goals before half time. Goal scorers, Jordan Guard (3), Erin Licursi (1) and Gau Hope (1).

The second half started and three additional London United players turned up. Straight from Spain apparently. Or skill school someone said? The technical ability of these players took Bath by surprise, with cute step-overs and impossible rainbow flicks saw London score 2 goals straight from the whistle. After the shock, Bath got back into the game and defended for their lives.

The Bath players grew in confidence again and were able to keep the ball for long periods of time that led to a lead of 8-4 with 11 minutes remaining. Goals from Guard (1) and Millie Martin (1).

Bath called a time out due to the tremendous heat in the arena! Even the Portuguese and Brazilian players on the court were not coping well with the temperature!

As the players took to the court again, London United had another surprise in store… this time using a Fly Keeper system.
For those who are not familiar with Fly keeper, this means that they played with 5 outfield players, and no goal keeper!

So automatically, Bath were just on court to keep the ball as long as humanly possible, and then defend for their lives again. Bath conceded two goals very quickly, but after great communication from GK Alice Evans and Captain Guard, the players defended perfectly! It was beautiful to watch the Bath players focus and get it right. Bath were even able to score 3 more goals through Evans (1), Licursi (1) and Wathan (1).

The final whistle arrived at 11-6 and the Bath girls celebrated in style on court. The fans were left relieved after a severely intense match in Hackney. 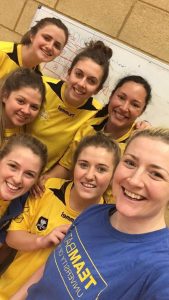 Bath now sit second in the Womens National League, with just two games remaining.
Follow them on twitter to keep up to date