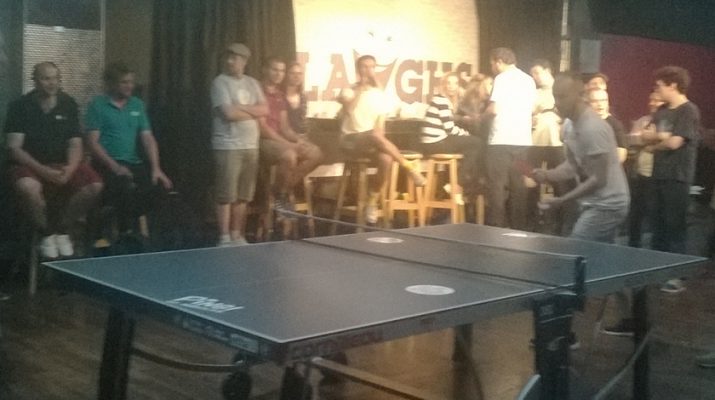 One of the tournament favourites, Southern Paddlers, win Battle of the Paddle Winter Series 2017.

It wasn’t plain sailing for the duo though as they just managed to hold their nerve against former champions McPing in a tense 5 set game. They stormed into a two game lead only for the experience of McPing to drag them back into the game to level the score at 2-2. The explosive attacking nature of Southern Paddler’s game was just enough to see them lift the trophy for the first time as the final game finished 11-8.

Both finalists had to overcome tough opposition as Super Smash Bros ran Southern Paddlers extremely close in the Quarter Finals. 2016 summer series winner Deuce Bags gave McPing a run for their money in the Semi Finals on the other side of the draw.

At finals night there is a also a chance for those teams who went out in the first round to redeem themselves in the Plate.

This series competition was won by the Keynsham Invaders as they beat Wriggle in four sets in the final. The Invaders raced into a 2 set lead only for Wriggle to win the third set. Last summers Semi Finalists proved too stern a test in the fourth set for the new Wriggle team.

Special mention must go to Dylan Pepler and Ruston Butcher who organised another fantastic series of Battle of the Paddle. Every year the competition gets better and better with teams returning stronger and the new teams bringing a fresh energy into the competition.

All of the games were played in a good spirit and I can’t wait for the next series!