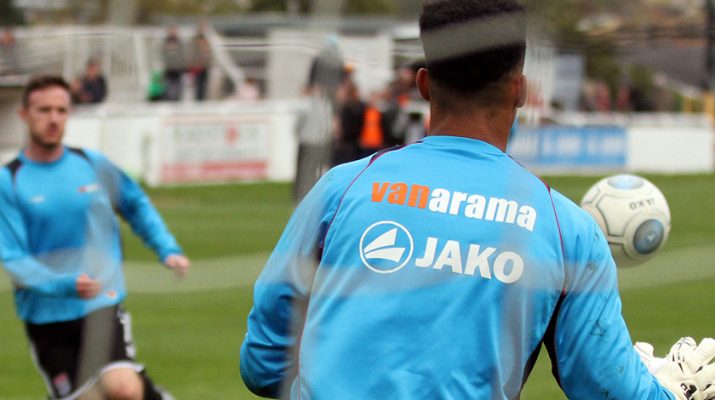 It’s the return of Weekend Round Up after nearly a 2 year absence, taking a look at the fortunes of Bath based sports teams. These reports will look at the results of teams that may not get the exposer that their hard work and dedication to their sport deserves.

Both Bristol clubs were away on Saturday so it was perfect timing for Bath City’s Community day, with a massive thank you to Bristol Rovers for making it on of their main website stories on the Friday. On a sadder note our condolences go out to the family of former Rovers Chairman Geoff Dunford who passed away on Saturday.

A bumper crowd of 842 saw City draw with early league leaders Braintree Town 1-1 at home. There was yet another penalty miss for Bath in the second half after a very close first half. Nat Jarvis was fouled in the area from a freekick and he opted to take the spot kick himself. However his effort was saved on to the cross bar and the follow up came to nothing.

City didn’t have to wait long to go in front, substitute George Rigg scored via a deflection to put City 1-0 up for his first league goal for the club:

However Karl Oliyide stole in at the near post after good work by Samir Bihmoutine for the equaliser just 6 minutes later. Rigg then saw red after picking up his second yellow of the match at the end of the 90 minutes with 5 minutes of injury time to play. The hosts managed to hold on for the draw and you can read a more detailed match report here – written by Kelston Koppite.

Mangotsfield managed to secure a vital 3 points thanks to a 3-1 win, which is only their second of the season and first over the Larks in 3 seasons. There was a big turning point in the game after Mangotsfield managed to score two quick goals on 26 and 27 minutes and a moment later Larks keeper is sent off after bringing down Kane Simpson.

There was a fight back by the ten men of Larkhall, with a defender in goal pulling off some decent saves, in the second half when Cory Simpson scored. However the game was sealed with Josh Nelmes scoring after a goal mouth scramble with just 6 minutes remaining.

Both teams lost another player each in the closing minutes when Dan Restorick was forced off after a foul by Jake Elliot who received a straight red.

You can read both match reports, Larks here and Mangotsfield here, fair to say there is never a dull moment when following the Larks!

There was more controversy at Odd Down’s FA Vase game as they went down 2-1 at home to Tavistock AFC after two penalties were given to give Tavistock a 2-0 lead. Asa White converted Odd Down’s penalty five minutes from time but Ray Johnson’s men couldn’t find another goal.

The quality of refereeing as sparked this reaction from the manager which has been shared by Odd Down’s official Twitter account:

There have been no match reports yet so it’s hard to comment further and it remains to be seen where the FA will fine Odd Down for these comments.

Keynsham Town had a weekend off but the Ladies enjoyed going through to the next round of the Plate with a 4-0 home win against St Nicholas Ladies. Katie Cook came away scoring a brace with Carly Bryant getting one along with an OG by St Nicholas.

You can find out more about the Plate competition here, it looks as if there are some big clubs in this secondary league cup competition.

If you can’t wait until your next football fix then don’t worry here are the midweek fixtures: