Two league leaders are pulling away but there were some shocks. There was an interclub upset along with two men teams beating full teams.

Chippenham A are starting to pull away at the top of the league now with this large win over the bottom placed side.

The away side came away with the win despite only having two players, in this interclub match.

There was a shock in this interclub match with Nicholas Branch gaining 9 points and a MOTM for the B team.

A dominant win for the home side with Albert Bolhuis gaining MOTM, supported by teenagers William Avery and Leon Kashdan-Brown.

Martyn Le Butt secured a maximum and MOTM to help the home side win against a strong Bathford side.

Second beat first in this eagerly anticipated match with Brent Pollard given MOTM for the home team. This cuts the gap at the top to just 14 points.

Bitton keep up the pressure on the top two with a high scoring win over Yatton Keynell B, with the return of Pete Galea for the home side.

Colin Thomas was the stand out performer in this tie as the bottom side look to claw back points on the teams above them.

A strong away performance for Bear Flat with Paul Green gaining MOTM, to keep Yatton looking over their
shoulder at the bottom two.

Despite only fielding two players Wayne Button and Dan Walker both scored maximums and narrowly lost the doubles 3-2.

Key Centre B 28-7 Batheaston B

Key Centre are making second place their own to lose now with Ricardo Perpetua putting in another MOTM
performance.

Two promotion hopefuls played out a tight match with Paul Gray and Simon Young scoring well to overcome the away side.

Tim Cahill was in unbeatable form to help his team to a close win over second bottom Chippenham E, keeping Bear Flat in fourth place.

Greg Rowland was awarded MOTM for the home team against a below strength Ensleigh side who also only travelled with two players. 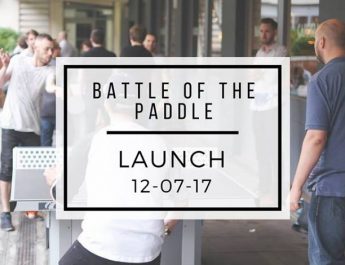