The curious case of Futsal

Bath Futsal got in touch with us a few weeks ago and asked us to promote their home friendly against Coventry on Sunday 3rd August, which we did. This got us thinking, what exactly is Futsal?

So we went along to Hayesfield School to see what exactly the game is and why it is different to 11 a side football. The first thing is that it is essentially 5 a side football but with a slightly different set of rules. The ball is smaller and heavier, non of the furry green indoor balls here. This puts a great emphasis on the pass and control of the ball rather than leaving anything to chance with a hoof to bounce off a wall. That is another big difference the pitch is marked out and there are two refs who both act as linesmen too. Both refs are “main ref’s” and in National league games there would be a 3rd assistant ref by the timekeeper to keep track of fouls, cards and goalscorers and be the point of reference for teams etc. This makes it a lot more accurate with decisions as they can consult one another before issuing a card.

The throw ins are kick ins instead, but there is a 4 second rule once the player has the ball back on the line. So your decision making has got to be quick and almost instant to gain an advantage going forward. Movement has got to be right as well without committing too many forward as the pitch is small and open to counter attacks. The game is in theory a shorter game with just two 20 minute halves. However when the play is stopped so is the time, with a man operating the gym stop clock, like in basketball. So the game can last well over 50-60 minutes.

Goalkeepers can use the hands and feet to save and can only pick the ball up with in their D area. This area is much bigger than standard 5 a side and the keeper can also come out to join in an attack or defend higher up. Once the keeper has it in his hands he must release it with in 4 seconds otherwise there will be a indirect freekick to the opposition. Due to the high intensity of the game there are also rolling subs which can be done at any time and both sides can call one time out a half. This time out lasts for one minute with the coaches getting a chance to give out tactics or change the team; with the players taking on water.

Finally fouls count in the game. Like football yellow and red cards can be issued, but each time a foul is given away there will be a mark against that team. If there are more than 5 fouls in one half then there will be a 10 yard penalty to the opposition for the 6th foul onwards. Therefore this teaches coaches and players to play the game in a fair manner and rely on their skill to win the game rather than a rough approach.

The game between Bath and Coventry finished 5-7 to Coventry. There was a decent standard of play throughout by all the players in the two squads, but it came down to the two stand out players on both teams. Coventry just edged it with a great performance by their play maker number 12, who despite having a very weak right foot absolutely dominated proceedings in the middle of the pitch. Michael Wootten was Bath’s stand out player with a brave performance but due to the pressure of Coventry had to sit back a little more than he would have liked.

Coventry had spells in the first half where they started extremely brightly with Bath sitting off a little. However the Bath side never gave up despite going down 2-0 inside 7 minutes and kept scoring at important times to keep the scores level for most of the game. It wasn’t to be though and Coventry were too strong overall and scored two in the last 6 minutes to seal the win, with 12 even hitting the bar from his own half with a minute left!

There was a crowd of around 25 watching this game and most games are played at 2pm on a Sunday. The club are keen to grow their club and their sport so if you can help out then get in touch with them. We hope to have regular features with them throughout this season and wish them the best of luck when they take on Gloucester away Sunday 10th August.

Find out more at the Bath Futsal Club website

and the FA site 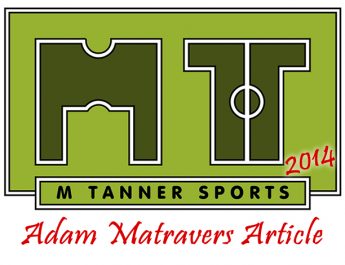