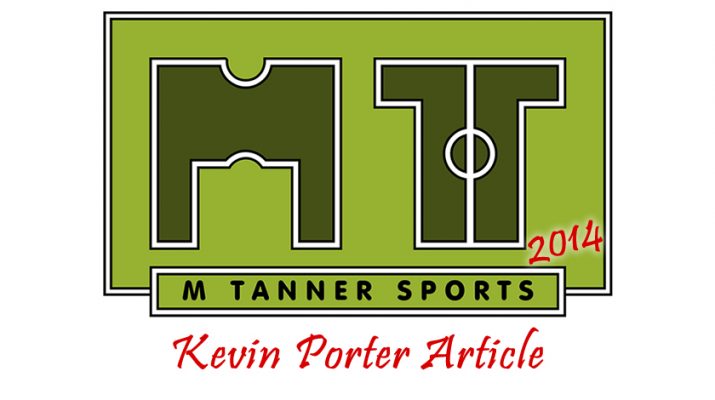 Vanarama Conference South league leaders Boreham Wood were vanquished by Bath City at a bitterly cold Twerton Park this afternoon. Two second half goals from recalled midfielder Ben Adelsbury were sufficient to give The Romans victory over the high flyers from Hertfordshire.

Whilst there appeared to be plenty of give in the surface, the frosty sheen on the pitch alongside the covered terrace was testament to the freezing temperatures that had been experienced overnight.

It was Wood who made the early running as the game commenced, and they were almost gifted the lead in the 2nd minute. Jason Mellor’s poor clearance resulted in Anthony Jeffery having a clear sight of goal, but he wastefully blazed his shot over the bar from the edge of the box. Junior Morias then headed wide of the target following a cross in from the right.

City were struggling to find any rhythm in their play, but they came close to taking the lead on 14 minutes. Frankie Artus swung the ball in from the right, and Phil Walsh’s firm downward header needed to be hurriedly cleared off the line by a defender.

It was, however, Boreham Wood who were enjoying the greater share of possession without putting any serious pressure on the City rearguard. Jeffrey beat Dan Ball in an aerial challenge in the 22nd minute and raced goal-wards, only for Mellor to make a good diving save to repel the striker’s eventual effort.

Three minutes later Adelsbury’s curling free kick from the left flank brought a fine save from Wood keeper James Russell, but it was rendered purely academic by an offside flag raised against Ross Stearn.

As the visitors continued to push forward Morias shot over the City crossbar, and Graeme Montgomery’s 28th minute drive from the edge of the box drew a useful save from Mellor low down.

The game became embroiled in midfield stalemate for a period and it was not until three minutes before the break that the home side had another effort on goal. Chris Allen’s dangerous angled cross from the left was flicked on off the head of Dave Pratt, but the ball was comfortably gathered by Russell.

The final action of the half saw Lee Angol’s free kick clatter into the home defensive wall, and Montgomery’s follow up shot from 18 yards was straight at Mellor.

If Boreham Wood had the better of the first half, Bath were to hold the upper hand after the break. It took a while for home momentum to build but the hosts gradually began to turn the screw. On 52 minutes, Ashley Kington clipped a free kick into the Wood area, and Russell pulled off an outstanding save to push Adelsbury’s header over the bar.

Walsh’s superb 59th minute long ball from the halfway line picked out Sekani’s Simpson’s run into the box, but the full back could only pick out Russell with his first time shot. City finally pressed home their advantage in the 66th minute when Kington’s cross was only cleared as far as Adelsbury, who took full toll by rifling an angled rising shot into the roof of the net.

Boreham Wood tried to find a way back into the game, but it was the hosts who looked the more likely to add to the scoreline. Pratt, despite looking yards offside, was allowed to race goalwards from the left wing, only for Russell to narrow the angle and smother the ball despite the forward’s hefty challenge.

The only goal attempt that the visitors could muster was a shot from Luke Garrard on 78 minutes that was deflected wide of the far post by one of his own team-mates.

Dan Bowman replaced Stearn on 83 minutes and, three minutes later, his side were in complete control. Andy Gallinagh produced a surging run into the Wood area, beating two defenders on the way, and pulled the ball back to Adelsbury, who found the back of the net via the underside of the crossbar with another emphatic finish.

Despite five minutes of stoppage time, the away side were unable to find any response and, in stark contract to the freezing conditions, the final whistle was greeted warmly by the home supporters within the attendance of 604.

This was a hard earned victory for Lee Howells’ side, and completed an impressive double over the league leaders. It is acknowledged that Boreham Wood showed signs of fatigue in the latter stages following their Boxing Day exertions, and City’s inactivity on that day was undoubtedly a factor, but this should not detract from a fully committed performance by the home team and a well deserved three points.