Both featured clubs played at home this weekend but both came away with very different results. Avon managed to do the double over Barton Hill 22-12, having already beaten them away earlier in the season. However Bath Futsal played out another close game against Hereford Futsal going down 2-1 at home, having lost 4-3 away.

“We were already without influential forwards Scott Book, Jake Dixon and Chris Sawyer, then we lost skipper Kai Harwood after 15 minutes as a damaged shoulder forced him to leave the field.” Said Head Coach Clive Book “Nick Tribe, James Leeming and Zak Harwood were also missing from the back.”

So Avon had to put in a very strong performance to over come an improving Barton side with their development players putting in a great shift. “(The) Replacements Simon Roe and Josh Harding-Wyatt outstanding in defence along with the versatile Damian Sawyer playing in the unfamiliar full back role.”

“We managed a good first half going in 17-0 up but I had to reshuffle the back line introducing Aaron Sawyer for the injured Ollie Flight; Ollie suffered a recurrence of his troublesome hamstring injury.”

Barton Hill came back strong in the second half and soon found themselves within 5 points of the hosts at 17-12 after twenty minutes of the restart. Clive Book recalls “Ben Dilloway was outstanding as stand-in captain alongside Ian Burnell and both really rallied the team.”

“Fittingly, it was Dilloway himself who leaped like a salmon to steal a Hill lineout deep inside their own 22, which allowed us to drive hooker Ben Hurd over the try line for the final score.”

Avon couldn’t quite manage the try bonus due to an apparent knock on from Dan Griffin’s up field kick which Chris Mutlow touched down. Never the less it was a excellent display from Avon with try’s coming from Ollie Flight, Kane Book and Ben Hurd with extras coming from Rob Fitch.

Bath Futsal Club couldn’t wait for their next league fixture after their first win of the season two weeks ago over Coventry Futsal; 10-1 away! They then managed to get through a tough group in the FA Cup in Birmingham only to face another 3 clubs with over 1000 miles of travelling to complete in the next round.

Last time they played Hereford they couldn’t quite hold on to the lead and narrowly lost 4-3, so Billy Whittaker knew it would be a close game. However due to the time of year they had players missing, “Sahil Jethwani went back to Dubai for Christmas with Frank Cobby going back to Spain and then Brad Hefferman pulled out late due to sickness.”

“This mean giving debuts to Aaron Hooper, Fabio Ramos and Jordan Harris with all three doing well for their first national league game of Futsal.”

This was either going to be a game with lots of goals or very few with both sides confident of getting something out of the game. “Big moment in the game was when there defender cleared the ball of the line early on. However, we had 3/4 guilt edge chances to score, if we want to compete we have to take those opportunities” says Whittaker.

“Hereford were well organised and had a firm defence. We dominated possession but could not break the defensive lines of Hereford, which the players grew frustrated with. However come January 4th when we travel to Kettering we will have a full strength squad again and look to continue to improve.” 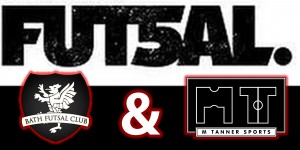 Ladies futsal in Bath is saved 2017