Aaron is a recent signing for Bath Futsal and made his debut at the end of 2014. Billy Whittaker is hoping for big things from the teenager and will have a big part to play in the second half of the 2014/15 season. 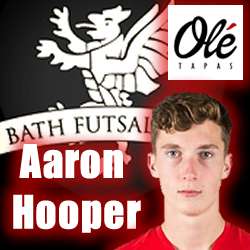 1. You play in the Pivot role, explain a little more about that role for people who don’t know much about futsal.
Pivot is the furthest forward position in Futsal. I look at always holding the ball and trying to play the ball into space for your wingers to penetrate the defence. It’s always an advantage if you are strong and can hold off defenders. Scoring goals is crucial but bringing in other players is just as important.

2. How did you come to learn about Bath Futsal club?
I wore a Futsal training top to a Glastonbury training session and Billy Whittaker mentioned that he was manager of Bath Futsal Club. I decided that was something I definitely wanted to be part of.

3. How does the set up of Bath Futsal club compare to a traditional football club?
The training is focused on ball control and movement. You get 10x more touches than when playing football and long as you are on the Futsal court, you’re always involved in the game, the set up at Bath is a really friendly one where new players are welcomed and the focus is on educating the philosophy that Billy wants to play as well as results. 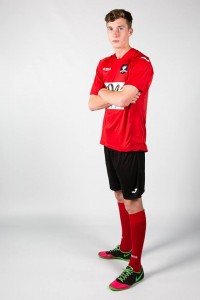