Concord started the brighter of the sides, but it was the hosts who created the first half chance of the afternoon after 3 minutes.  Dan Bowman’s cross from the left was flicked on by Dave Pratt, and Frankie Artus was unable to make sufficiently good contact to beat Josh Vickers in the Rangers goal.

As the pitch began to cut up, both sides were struggling to put together any constructive play, with a plethora of passes going astray.  It took until the 17th minute for another attempt at goal, when Steve King’s gently looping header from a free kick into the home area was comfortably held by Jason Mellor above his head.

With the game locked in midfield stalemate, it was something of a surprise when City took the lead after 28 minutes.  Artus’ corner from the right flank picked out the unmarked Phil Walsh in front of goal, and the centre half planted his header firmly into the corner of the net.

Concord tried to find a response, but could only muster shots from Taylor Miles and Sam Collins that were both deflected wide for corners.

The final chance before the break saw Naby Diallo find space inside the left hand side of the box, but his eventual shot was blocked at the expense of a corner.  Pratt was then forced to leave the field of play with a bloodied nose, claiming on his departure that he was the victim of flailing elbow that had not been spotted by the referee Mr. Ryan Atkin.

The home faithful spent the interval hoping for a marked improvement upon the resumption but, in the event, the standard of play failed to improve.  Tony Stokes was wayward with a shot from 20 yards on the hour mark for The Beachboys, and City finally produced a shot on target 3 minutes later.  Bowman cut in from the right and passed the ball inside to Ashley Kington, whose low shot was well held by the diving Vickers.

The tiring Nick McCootie was replaced by Andy Watkins on 70 minutes as Lee Howells tried to inject some pace upfront, but the struggles continued.  Walsh headed wide of the near post from another Artus corner with 13 minutes left on the clock, but there was little else to encourage those on the terraces.

Ross Stearn and Chris Allen came on for Pratt and Chas Hemmings respectively with the hosts now looking to see out the game.  However, Concord found an equaliser in the 89th minute with their first serious effort at goal.  Stokes was found on the edge of the box with a neat through ball, and he beat Mellor with a shot that entered the net off the inside of the upright.

Concord now sensed that they could snatch a highly improbable victory, and had one final chance that, in keeping with the remainder of the game, resulted in James White firing woefully high and wide from 20 yards.

City will feel great frustration that two points slipped from their grasp so late in proceedings but, in truth, neither side deserved victory from a game that rarely rose above mediocrity.  There is no doubt that the underfoot conditions were a major contributing factor for the dearth of excitement, but the match was a huge disappointment for the Community Day attendees.  The Somerset side will now seek greater reward from their home encounter with Bishops Stortford on Tuesday evening (7.45 p.m.). 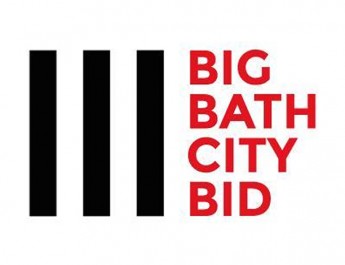