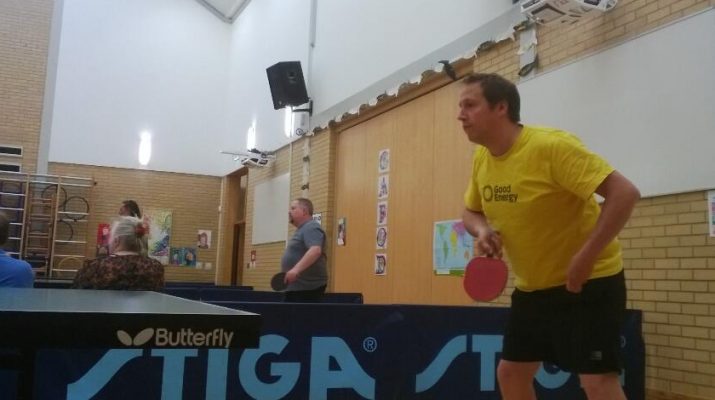 The Bath & District Table Tennis Cup Finals will be held on Monday 24th April at St John’s School, Oldfield Park, Bath. There will be a usual adult practice session before the competition begins; 5.15-7.15pm.

There are three finals on the night:

Knock Out Cup – Bath Invaders A vs Chippenham B

This is the most prestigious cup in which all of the teams from the 3 leagues take part in. It is a straight knock out competition starting at the beginning of the season. The winner is the first team to 5 points of the 9 point on offer, once 5 points are achieved it is up to the two manager’s as to whether they play the full 9 points.

Teams from division One and Two take part in this competition, a little like the League Cup in football. Thankfully though under 23 teams aren’t allowed to enter from the Premier division, this is again a straight knock out competition.

In this competition players are ranked and handicap starts are applied. This can throw up some surprises with lower league teams beating the top teams. This year is no exception with Yatton Keynell D playing in division Two.

A toss will be made to decide which team is home and which is the away team, with the scorecard then completed as normal.  It will be up to individual teams whether they wish, if appropriate, to complete all 9 games after a conclusive result has been reached.

Spectators are welcome and ko is at 7.30pm. Please be there in time for a prompt start.

Best of luck to all those teams involved!