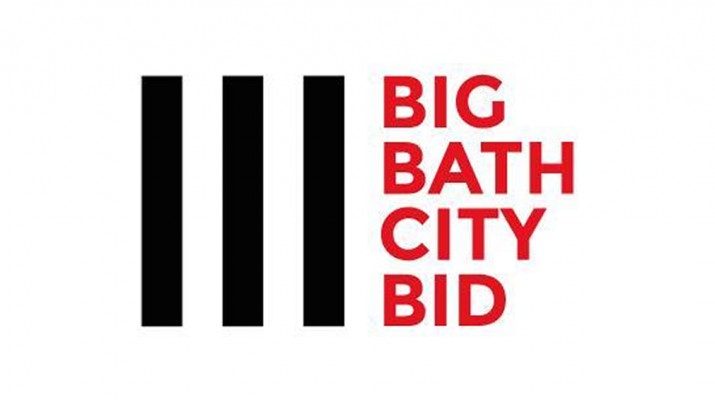 The news broke late last night that the new board are finally in place at Bath City FC, their press release reads:

Just under two years after fans launched the Big Bath City Bid to raise funds to buy the city’s football club, this week the Supporters Society at last became the club’s majority shareholder and a new board has been installed subject to formal League ratification.

Having raised over £350,000 in the autumn and following extensive legal process, the Society has bought £300,000 of new shares issued by the Club, lent a further £50,000 and opened a new line of credit for working capital to underwrite operations for the next three-five years. A new board has been formed, headed up as Chairman by Nick Blofeld, former CEO at Bath Rugby, with Paul Williams remaining from the previous board as Football Chairman. The Society’s six members of a nine-person board include the addition of new blood in the form of Sally Harris as Community Director, Martin Powell as Supporter Liaison Officer and Jon Bickley in the role of Sales & Marketing Director. Shane Morgan as Director of Operations continues as incumbent Society representative, while John Reynolds and Andrew Pierce continue from the previous board, providing continuity of knowledge and experience at the helm. One Society position is still to be filled as former appointee Nick Thompson has recently moved away from the area.

As well as clearing debts to a number of individuals, the financial restructure sees all remaining debt re-scheduled on five-years, interest-free terms, giving the club a stable platform to begin its turnaround plan. A key foundation of the plan is a redevelopment on the site of the main stand and half the car park, that will provide a new grandstand and property to realise sufficient funds to clear all remaining debts as well as providing on going income streams. The club is actively working on this project and will be consulting in due course on the redevelopment.

Following the success of the fund-raising in the autumn, the new structure has already been running in parallel with the previous board, notching up a number of developments including:

Commenting on the completion of the deal, Chairman Nick Blofeld offered: “We’re delighted that after over two years of hard work, fund-raising and negotiation we’ve completed this refinancing and that the people of Bath and wider community now hold a majority stake in Bath City Football Club. With a firm financial footing and citywide engagement, we’re already seeing a burst of creative energy that is invigorating the club. The possibilities are huge for this football club at the heart of our community and we’re excited to get things moving.”

Paul Williams, Chairman of Football, added: “I’m really pleased to reach this stage of the process that gives us the stability to plan for success on the pitch, while new resources and finance enable us to build the business off the pitch and make it sustainable for the long run. One of the most tangible things fans can see is that we’ve approved an enhanced playing budget for next season that will enable Manager Gary Owers to plan and recruit for a serious tilt at promotion.”

Martin Powell, Chairman of the Supporters Society and the Club’s new Supporters Liaison Officer, concluded: “We are absolutely thrilled to see this dream become a reality. The Big Bath City Bid has finally delivered a community owned club that enables fans to elect directors and to take hands-on roles in the day-to-day and strategic running of the club. We couldn’t be more pleased.”

On 9th June the club will celebrate this momentous event with “Bidfest”, a party to celebrate the success of the bid and to toast the future of Bath City FC as a community-owned club.

So this is very good news indeed, it now means that there is the whole summer for City to get their behind the scenes operations in to a good place for the 2017/18 season.

However there are one or two bits that immediately caught my attention which are slight alarm bells but equally could be nothing.

Firstly that Nick Thompson will not be joining the board as he has moved away from the area.

Nick has a footballing background after serving as Hull City’s Managing Director a few years ago. He would bring some vital experience and insight into opening up new revenue opportunities and helping shape the backroom staff of a football club. This is something that some of the other directors may not have experience with although individually they are/have been very successful in running other businesses.

Although in having said that in Nick Blofeld the club will have a Chairman with sports industry experience having worked with Bath Rugby in the past. It just depends on how much of his time he can commit to the club to fill this void that Thompson’s early departure has left.

It was said in the prospectus that Thompson had ‘benchmarked the commercial performance and ideas of League 2, Conference and Conference North/South clubs to identify the best practice and most effective engagement methods’ to assist the General manager. I’m sure that the board will now move quickly to fill this gap to ensure that Carole has the support she will need over the course of the new season.

The next bit of the press release that caught my attention was the creation of Bath City Sponsors Club. It’s not something I have seen in any press releases or through the club’s social media channels. Although unless you’re a sponsor I guess you wouldn’t hear about it.

It sounds like a good idea and it will be very interesting to see what comes of that. At least it seems like it will be some sort of networking exercise which would imply that the club want to bring more people down to the club on non football nights and that the club will have a bigger ‘pool’ of businesses to advertise sponsorship opportunities to.

Finally Bidfest is the most intriguing piece at the end of the story. It will be a celebration night at the club on Friday 9th June at a cost of £5 a head to help celebrate this new era for the club. Now I may have this wrong and apologies if I do but I under the impression that there would be a free celebration at the end of the season (apologies for sounding like a certain forum member there) for share holders.

The only reason that I question this is that is getting 100-200 people into Charlies and Randalls at £5 a head would only make £500-£1000. That would be from the same hard-core support that put their hands in their pockets to buy out the club in the first place with shares starting at £250.

I mean £500 plus for an off season event at the club would be fantastic but why charge just to come into the venue?

It may price out some fans from attending and the whole point of a celebration is to get as many people as possible down the club.

I’m not even sure what to expect from this night, it sounds like there will be music and not a lot else. Live music is great and that would definitely attract a new crowd to Twerton if it takes off.

There will be food and drink to buy there and that is something the club will make a decent return on, provided they produce the food themselves.

I guess the entry fee would cover the bands fee for the night as live music doesn’t always come cheap but without a headline act straight off the bat it will be interesting to see what bands play. More money for the club the better from a commercial side of things and it sets a (hopefully) high target to hit for future events.

It certainly looks like it will be a busy summer for the club and it’s volunteers. Now that the new board is in place I look forward to seeing an influx of new faces, some of which have already settled in really well, and that they continue to help the club through thick and thin over the coming years.