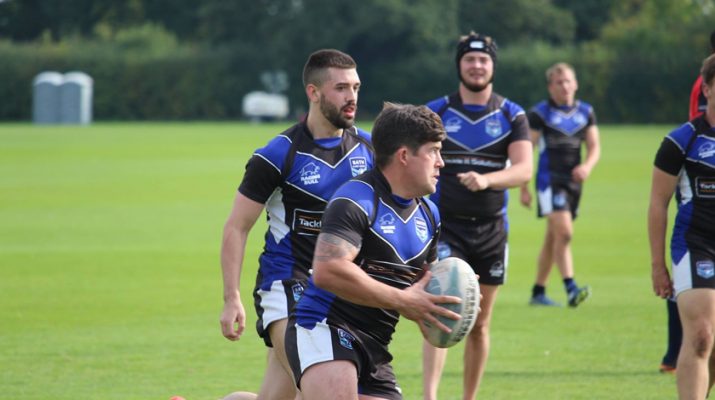 Bath Rugby League appoint James Fox as Director of Rugby, he was initially appointed to the clubs coaching staff at the beginning of the 2017 season and also featured for the club as a player.

A club spokesperson said “We are lucky to have James, he did an outstanding job of helping to set up the club in early 2017, when he played he led the team around the park from the half back position, with a noticeable effect on overall performance.

James has now stepped up to Director of Rugby with the responsibility for accelerating the development of performance and coaching as the club strive to improve coaching and playing standards. James brings a wealth of experience as his full-time job is working with the Rugby Football League (National Sports Governing Body) England Programme as Performance & Development Officer and from a playing perspective has experience of playing in the National Conference League for Stanley Rangers, Wakefield.

We are excited by the prospects of this appointment in terms further developing the player pathway for Rugby League players in the Bath and surrounding area which is still relatively untapped.”

This appointment builds on the partnership we already have with York City Knights a professional club who currently operate in Kingston Press Championship 1 and qualified for the end of season play off but cruelly bowed out of the promotion race with the narrowest of defeats to Cumbria club Whitehaven (21-20) after goal point extra time on Sunday, playing what is thought to be the longest game in the history of professional Rugby League over 105 minutes.

James made his debut for the club in the inaugural fixture against alongside brother Rob. Fox was also selected to represent the West of England League but has missed out so far due to injury, but remains part of the programme as Assistant Coach of the regional squad.

With the domestic season now behind them, Bath Rugby League took the opportunity for another run out when they were invited to play in exciting exhibition game at the inaugural RugbyFest at Rugby School, Rugby. Bath Rugby League made the journey up to Warwickshire morning looking to go up against the Midlands Champions Northampton Demons.

Chris Chatten, Club Coordinator, Bath Rugby League, said “The idea came about back in November 2016 when I attended Rugby Expo at Coventry and a chance meeting with RugbyFest Co-founder Mark Dunkley. Mark was promoting RugbyFest and was really keen to include Rugby League as part of the festival. I thought it was a great idea to give our players an opportunity to play at the inaugural RugbyFest in an exciting showpiece match and also raise the profile of Bath rugby League in the wider world of Rugby“.

Unfortunately, due to unforeseen circumstances, the Northampton based side never showed. But with the spirit of rugby in abundance it wasn’t long until Bath were given some opposition, and with all types rugby being celebrated over the weekend our good friends at Army Rugby League (who had played in a Masters game the day before) stepped in and offered to help out.

Chris Chatten, Club Coordinator said, “First and foremost I would like to say a massive thank you to our friends at Army Rugby League for stepping in at the last minute to assist us in the fixture. It was the first year of Rugby Fest but I am sure lessons will have been learned with the aim of turning it into an annual event in the Rugby calendar for both League and Union, we hope to play an even bigger role at the event in 2018, which would be highly exciting and a great platform for the club”

Ryan Stewart – Clubman of the Year – Ryan has really taken to the sport of Rugby League with a huge passion and desire to make the club a success. He is a great sounding board to ‘road test’ ideas, a natural fit to the role of Team Manager for our debut campaign and has a never say die attitude

Matt Warnock – Best Communicator – This is an import award, communication is key for personnel involved with all clubs. Matt does this particularly well in terms of availability for fixtures and training, but he has also had a huge impact with writing up a number of press release for the media and generally promoting the club positively by whatever means

Stevan Randall – Players Player of the Year – Randall won this award with little competition which is a testament to what he has brought to the club in our debut campaign, his passion, desire and enthusiasm for the club and the sport is infectious, as the clubs vice-captain he always led by example.

Alex Burns – Captains Player of the Year – Burns in his debut season of Rugby League managed to play a number of positions across the park to great effect, he is also an effective goal kicker holding the goals in a game record of 9 from 10 against Southampton Spitfires. Alex scored a hat-trick of tries in this fixture so is also joint tries in a match record holder.

Henry Beer – Most Improved Player – Henry is a big mobile unit who is quick off the mark with good line, his effort and performances got him a late call up to the West of England League squad and he featured off the bench in the narrow defeat to the East of England a couple of weeks ago. Henry is one of the core members of the squad who has converted from the Union code but now considers himself a Rugby League player first and foremost.

Chatten, said “I would like to thank everyone involved for an excellent debut season, fulfilling all fixtures and some notable victories is something to celebrate. The squad and club personnel should be really proud of their achievements, exciting times ahead for 2018” 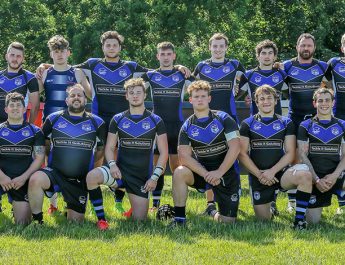