Bristol Baseball Club have begun their preparations for 2019 with a series of indoor training sessions later this month; at Wellsway School in Keynsham.

The club is looking to build on last year when the Bristol Badgers reached the national final of the AA British Baseball Federation (BBF) championship. At the end of the season they also won the annual Bristol Sports Awards trophy for adult team of the year.

There are two clubs under the Bristol Baseball banner and the Bristol Bats narrowly missed out on the final of the South West Baseball League (SWBL).

Now both teams are aiming to come away with trophies this season.

In addition the club is looking to start a third team to play in the SWBL this year and a youth team to help secure the club’s long term future.

“We are actively recruiting new players of any experience to help build the club and secure its future and after a well attended intro session we hope we can add a third team for 2019,”

“Our teams were very successful in 2018 but we want to go one better and bring trophies back to the city.”

Anyone interested in playing baseball in the area can get further information at the club’s website www.bristolbaseball.co.uk 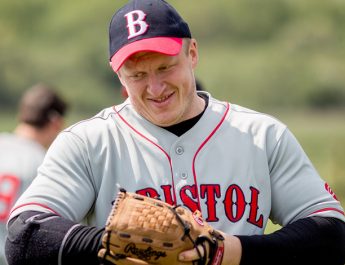 Badgers win before the season break