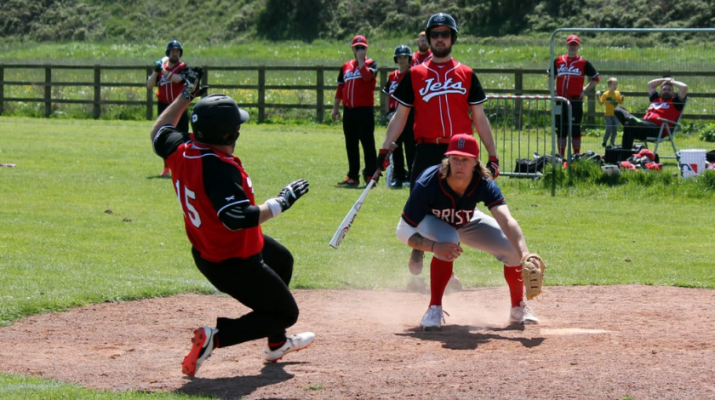 It was wins for the Bristol Badgers and the Bats on Sunday 12th May as they beat Brighton Brewers and Cardiff Merlins respectively.

Sadly the Buccaneers suffered a heart-breaking 30-28 loss to the Weston Jets in a five hour marathon at Somerdale.

The Badgers were too strong for the Brewers winning 18-4 in their BBF AA clash with catcher Rhodri Theaker impressing with the bat driving in four runs.

Outfielder Vil Katinas hit a home run in the third inning while shortstop Rich Green added to the home team woes going three for four at the plate and driving in two runs.

George Braeger, Mike MacDowell and Deivydas Trinkunas all had multiple hit games as the Badgers scored early taking a 10-1 lead after the third inning.

The Badgers pitching showed more consistency than earlier in the season with Luke Claflin and Trinkunas striking out seven Brewers over the seven inning game.

The Bats travelled to Cardiff to take on the Merlins for their SWBL clash and came away with a handsome 36-17 victory built on the exploits of first baseman Paul Carter.

MVP Carter was perfect with the bat going seven for seven at the plate, driving in eight runs and hitting three doubles.

He also pitched two strong innings of relief to round out a great performance.

Centre fielder Paul Gardiner and shortstop Alex Brown also had good games with the bat while Gardiner also pulled off a spectacular catch which put a halt to any Merlins comeback.

The victory meant the Bats maintain an unbeaten record half way through the first part of the season.

“It was a good solid performance but we know there is more to come as we move to the crucial part of the season. Everyone stepped up when we needed it but I know every single player wants to improve.”

At Somerdale, the Buccaneers were on the wrong end of a thriller and after making a comeback to lead in the ninth inning, saw their lead slip away in a heart-breaking loss to the Weston Jets.

MVP Charlie Taylor had his most impressive game for the club showing great speed to beat out throws as he recorded six hits from six at bats and made two great outs from second base.

Sadly the pressure exerted by the Jets in the ninth with aggressive base running coupled with a some Buccaneers fielding errors left the rookie Bristol team dejected at the end.

“Yes the final result was gut wrenching but it proved that as a team we will never quit from trying to win no matter what the score is. We will go back to the practice field this week and emerge a better team and ready to do battle for the rest of the season.”

Its a full fixture list for Bristol Baseball Club next week. The Badgers travel to Bournemouth to take on the Bears in a double header.

The Bats will take on the Merlins at Somerdale while the Buccaneers travel to Weston in their SWBL return fixtures. 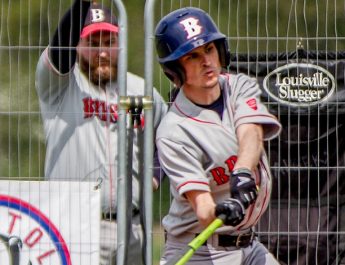