Flack forces Ash Clark into a smart early save as both teams make a fast start to the game.

It only took sixteen minutes for Helston to seize the advantage in the tie. A corner from Flack on the right gets flicked on and finds Oliver Brokenshire at the back post, and after a scramble his backheel finds the back of the net.

The best chance for Keynsham on half an hour with a short Harley Purnell corner to Scott Saunders, the keeper saves and holds it at the second attempt.

Immediately though Helston test Clark who saves for a corner.

So at half time it was 1-0 to the visitors with Keynsham having played to Helston’s strengths. More possession but always in the air to big defenders. Helston looked dangerous with pacey wingers on the counter.

Ks started brightly with Matt Brown setting up Matt Curnock along the ground and Craig Wilson trying the same in the opening two minutes.

The game descended into a bitty affair for fifteen minutes with a similar flow to the first half but a little more heated. Ben Harris did manage to test the visiting keeper but it was a comfortable save as the half goes on.

Helston almost got lucky with a long ball from full back Roberts. Goldsworthy beats Clark in a race to the ball but his cross to Wheat is blocked onto the line. The follow up is also cleared, big chance for two nil.

Purnell goes close with a fierce drive from range in the next phase of play as the game is opening up after Keynsham play 3 up front.

Helston are looking dangerous from numerous set pieces with Wheat going close with less than ten minutes left. However the game stayed 1-0 to Helston who progress.

Best of luck to Helston in the next round of the cup! Also great coverage from Piran Films, what a vital asset to Helston – please go to their YouTube channel and share their work! 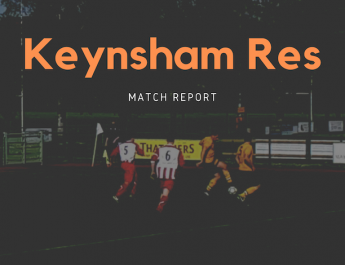